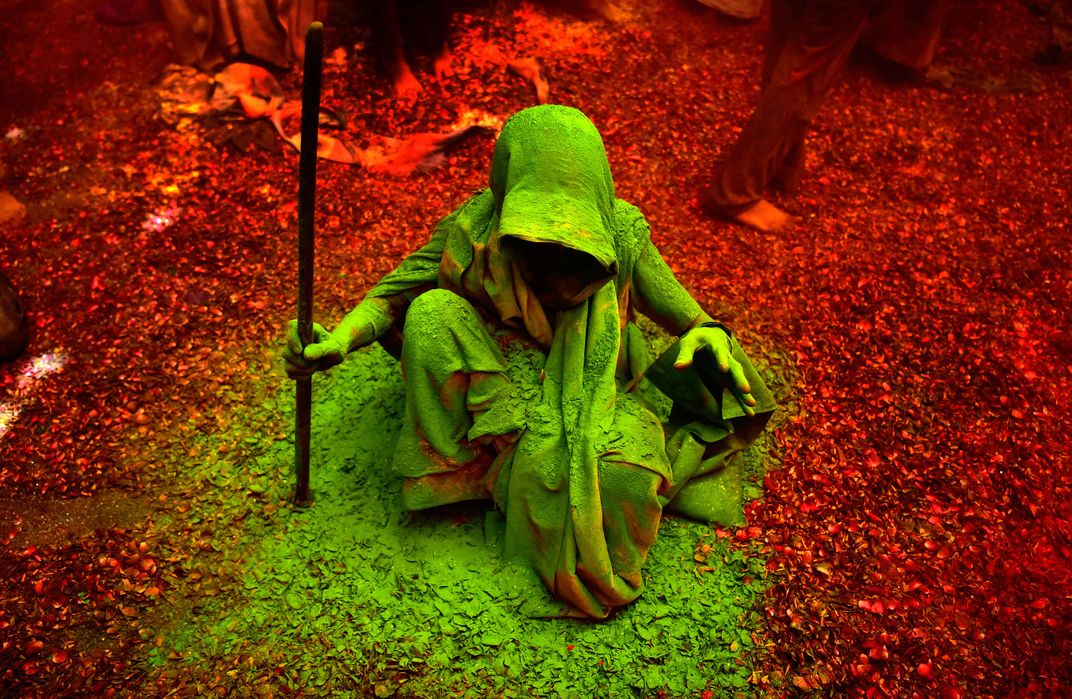 This year, the Vrindavan widows courageously broke a 400-year-old tradition. They were joined by the Varanasi widows. Tears and a riot of colours marked Holi for over a thousand widows who broke the age-old tradition and celebrated the festival.They celebrated Holi within the precincts of the ancient Gopinath temple on Monday. Young Sanskrit scholars and pundits from the temple joined the celebrations, signifying the further social assimilation and acceptance of these widows, reports The Times Of India. As ‘Holi hai’ filled the air, amidst 1200 kgs of ‘gulal’ (coloured powder) and 1500 kilograms of rose and marigold petals, the widows let go of their pain for the day. They smeared colours on each other faces and danced to the tunes of traditional braj holi songs.