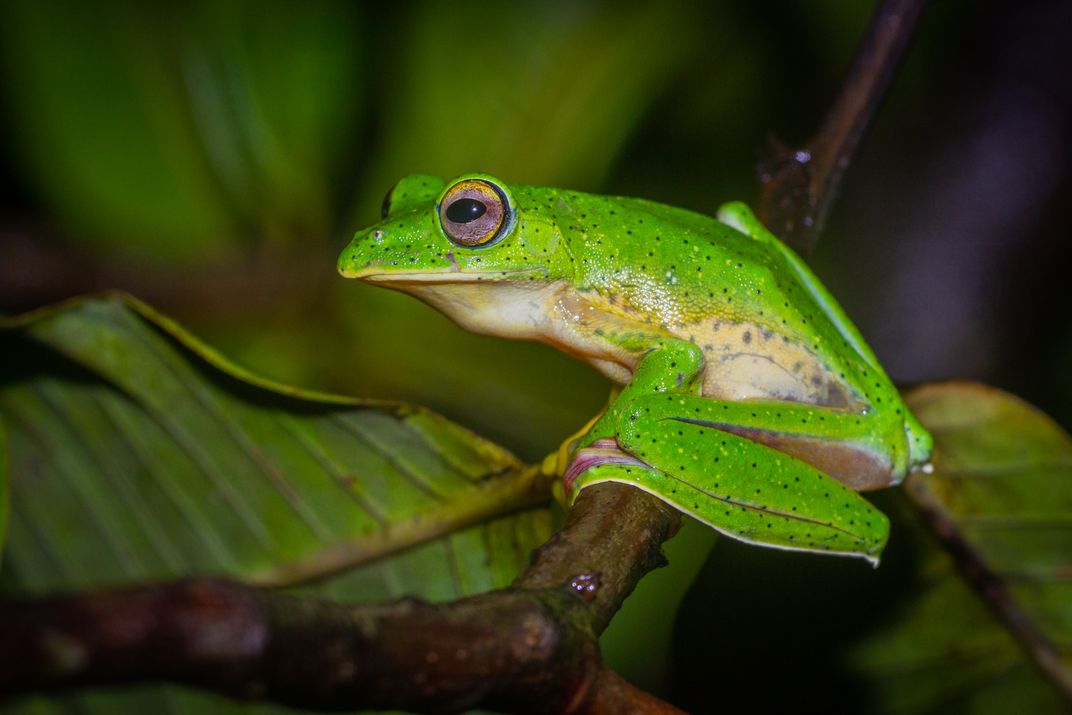 The Malabar Gliding Frog found in Western Ghats in South India is one of the beautiful and colourfull frog. One of the largest moss frogs, its belly is yellow and has skin fringes between and along its long limbs. The webbing between toes and fingers is an orange-red. While the back skin is finely granulated, its belly is coarsely granulated. This amphibian star has a rounded snout but not a wide one. It builds foam nests above little pools of water, into which it drops its tadpoles after hatching. The male Malabar gliding frog is smaller than the female. This was shot in Agumbe Rainforest