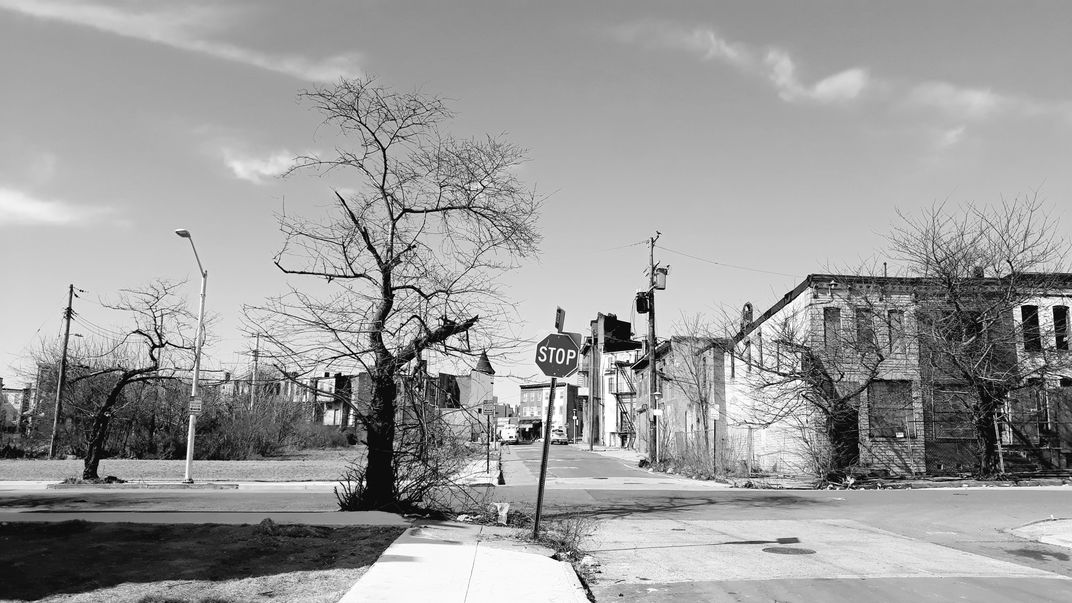 This mages are taken in village of Baltimore called Sandtown-Winchester.The name was derived from the trails of sand left by wagons that traveled through this area.This village has such a rich history,it was home to the great Jazz Singers Cab Calloway and Bille Holiday.It was even called Baltimore Harlem. But as the years go on, an economic depression hits.In 2015, the Wall Street Journal reported that “3% of its population are incarcerated, a third of its housing abandoned, 20% of working age people were unemployed, and a third of residents were living in poverty.[7]” Sand Town made national news after of its residents’ Freddie Gray was injured and untimely died after an encounter with Baltimore City Police. I have a personal connection to Sandtown because my father lived here as a young boy.He told me stories of how grew up here and how different it was then. .”These pieces are creative expressions with intelligence cohesion to tell the story of the Oppressed.”-Deja Grissom