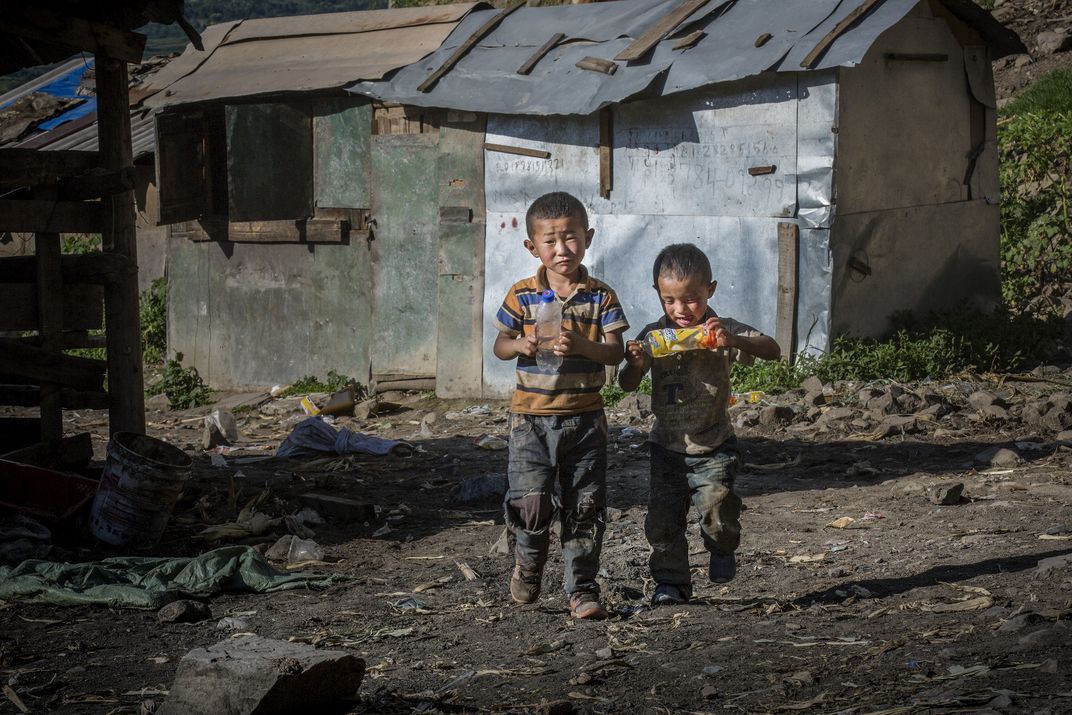 In China, there are still some people who have not been lifted out of poverty. Meigu County, Xichang and Dong Autonomous Prefecture, Sichuan Province is a typical poor county. In the picture, the two brothers, one of whom is nine years old, and the other seven years old, came to the animal trading fair. Their mother were at home taking care of their younger sister and brother, and busy looking after the goats. The brothers were playing at the trading fair.