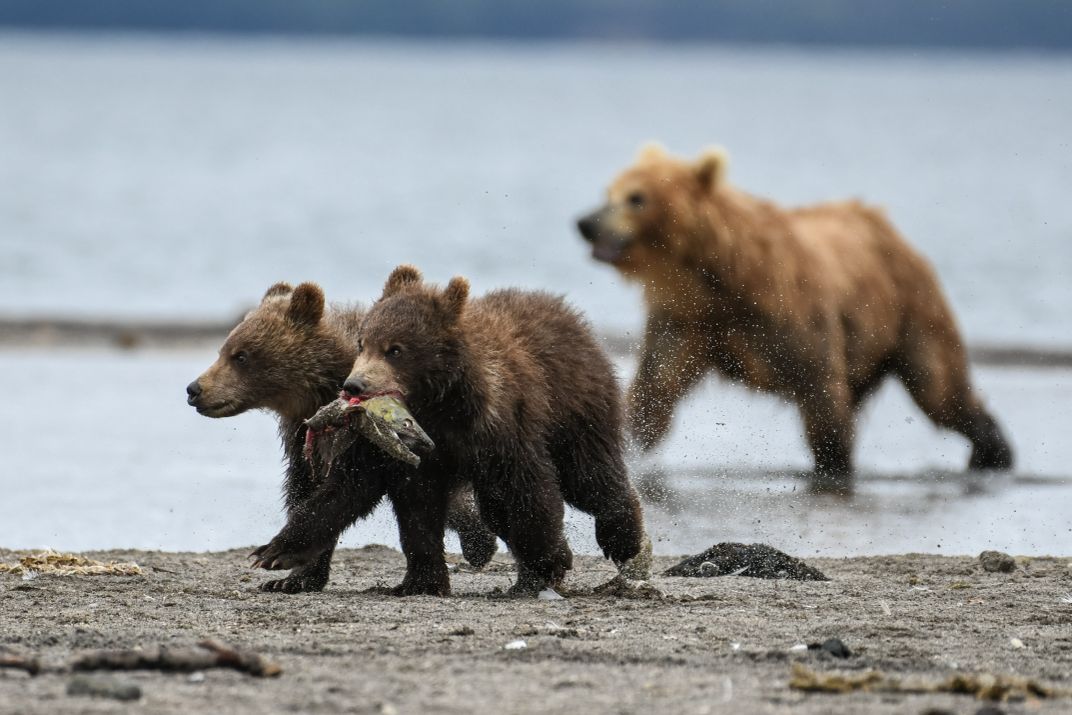 Lake Kuril in Kamchatka used to have one of the densest brown bear populations on Earth. The brown bear population around the Lake is rapidly declining, largely due to illegal as well as "official" salmon fishing upstream from the lake, severely diminishing the bears' main food source that is crucial for their survival. The two cubs in the photo stole the remnants of a fish their mother (in the background) caught moments ago. A hungry, lean, teenage bear (not seen in this frame) chased the young cubs, their mother too far to intervene. The cubs dropped their loot and ran for their lives. The mother is a strong hunter and she and her cubs are likely to survive the coming winter; the thieving bear, however, may not survive and stands a chance to freeze to death or be killed by a stronger bear.