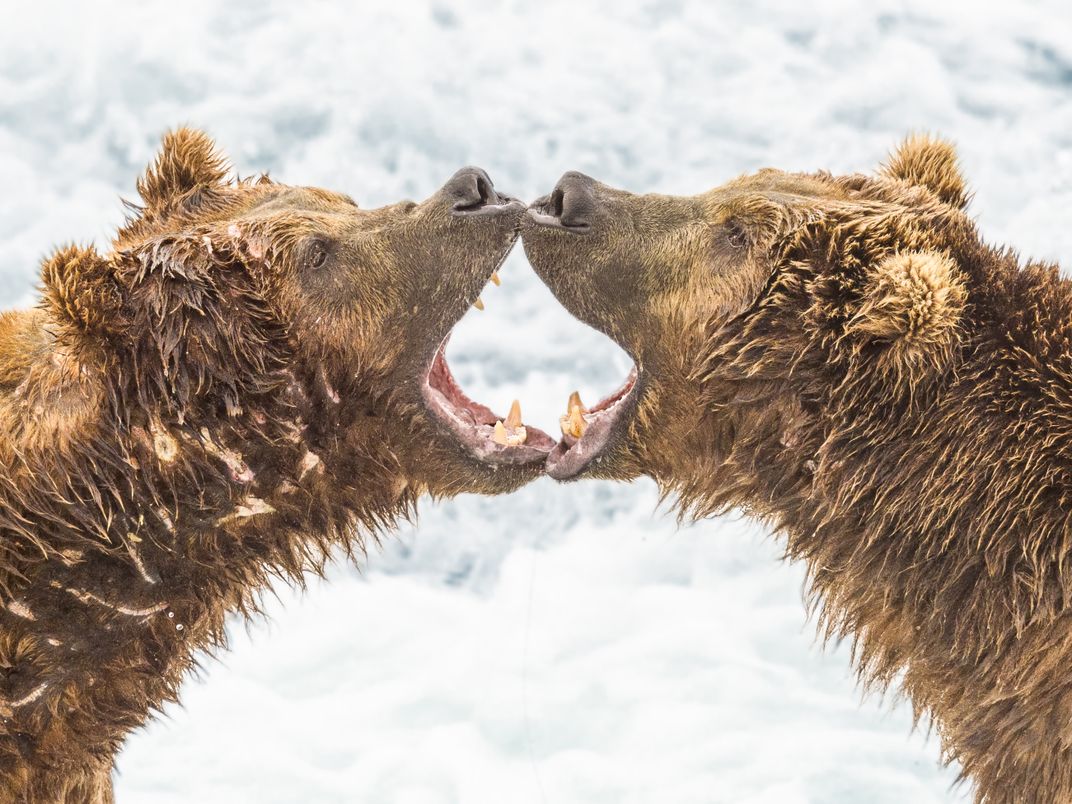 Brown bears congregate along the McNeil River in McNeil River State Game Sanctuary in Alaska. The opportunity to witness their activities during the salmon run is a limited opportunity only given to those with permits, which are obtained through a lottery system early each year. I was thrilled to visit McNeil River during the peak of the salmon run when I witnessed as many as 36 brown bears at one time along the small section of falls in the river. Fights and discussions broke out frequently but these two bears decided to have a quarrel right in front of me about who would have the opportunity to fish in the best fishing hole along the river. Spit was thrown and teeth were bared but in the end they walked away from each other.