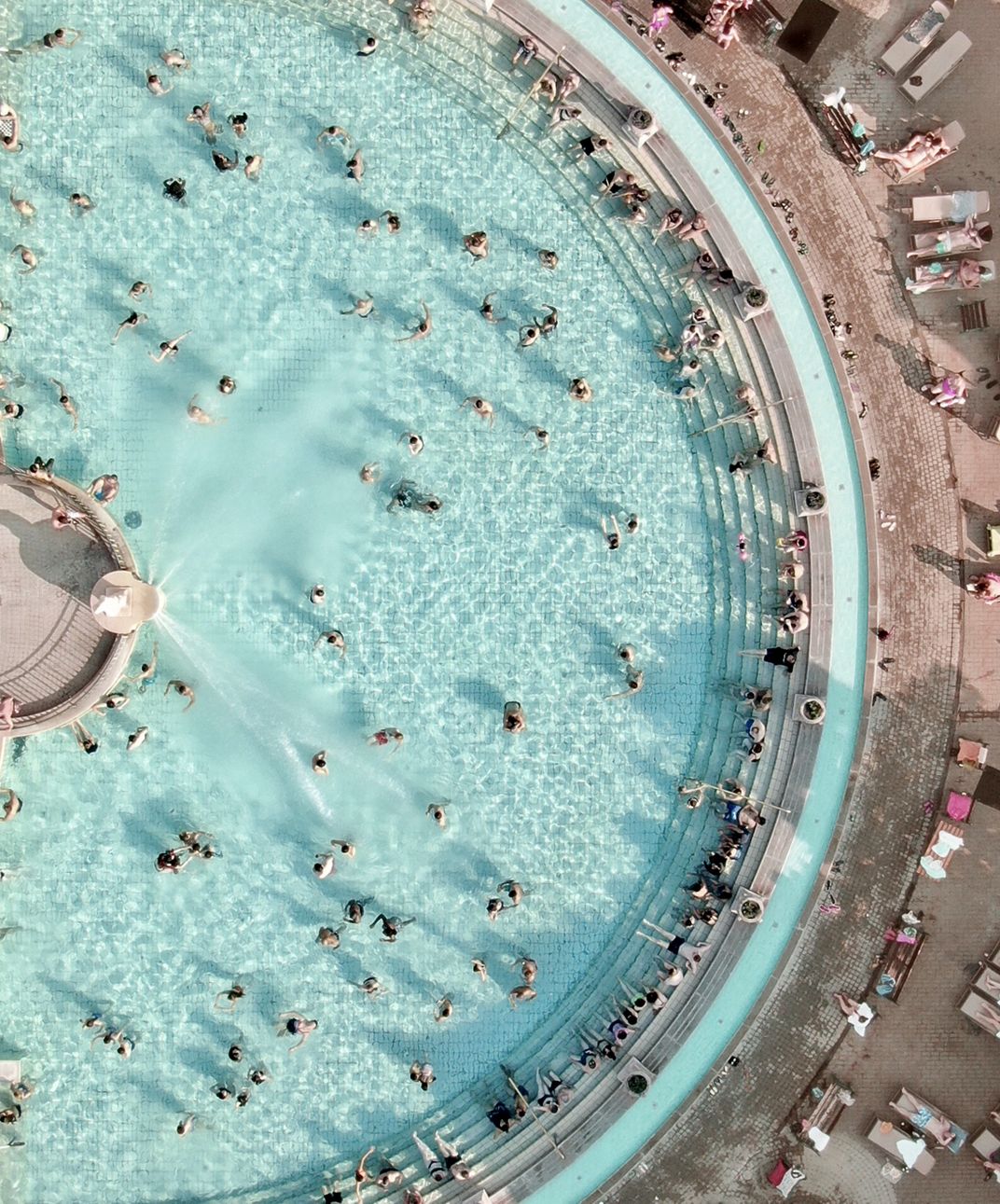 The Széchenyi Medicinal Bath located in Budapest is one of the largest and most popular baths in Central Europe. Its Neo-baroque architecture first transpired from Roman settlers, only to eventually be revived by Turkish occupants in the 19th and 20th centuries. The city of Budapest quickly became renowned for its large-scale social bathing facilities where many can be found and used for a wide variety of purposes. This photo was taken from a birds-eye perspective to better perceive the human interaction that occurs within the walls of the architecture. As the program of these pools were derived from the ancient Romans, a lot of the same ideologies still transpires within its waters. Even today, people use the baths to engage in business transactions, to discuss and exchange bureaucratic strategies, while some use them to simply relax, to lounge, to sit, and even to play.