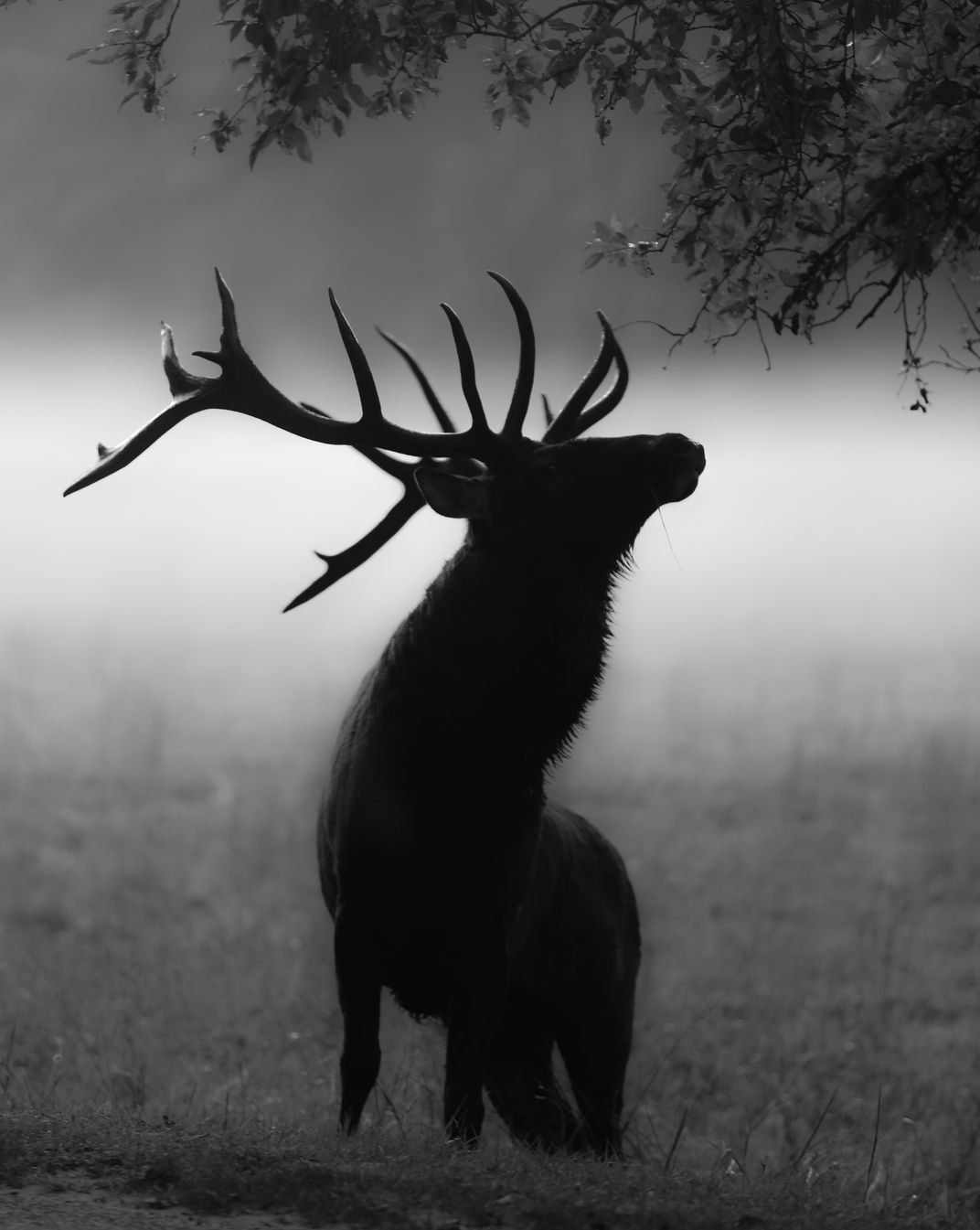 Elk once roamed the southern Appalachian mountains and elsewhere in the eastern United States. They were eliminated from the region by over-hunting and loss of habitat. The last elk in North Carolina was believed to have been killed in the late 1700s. In Tennessee, the last elk was killed in the mid-1800s. By 1900, the population of elk in North America dropped to the point that hunting groups and other conservation organizations became concerned the species was headed for extinction. A primary mission of the National Park Service is to preserve native plants and animals on lands it manages. In cases where native species have been eliminated from park lands, the National Park Service may choose to reintroduce them. Reintroduction of elk into Great Smoky Mountains National Park began in 2001 when 25 elk were brought from the Land Between the Lakes National Recreation Area along the Tennessee-Kentucky border. In 2002, the park imported another 27 animals