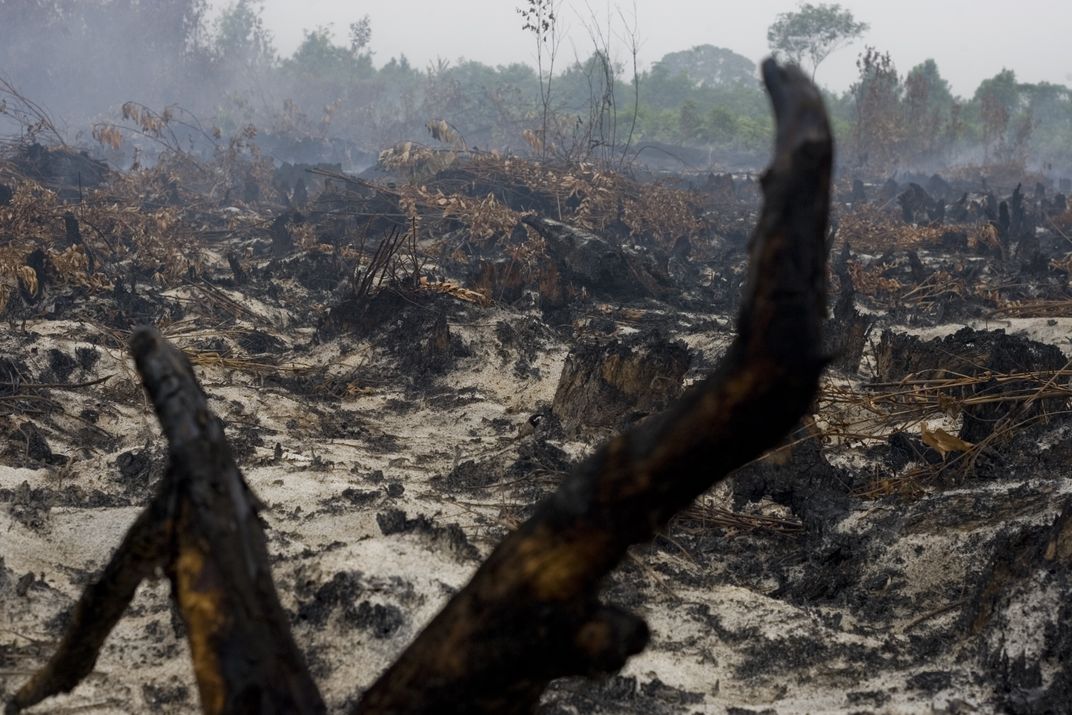 A view of stubble burning was seen as flames burn peat and field on the outskirts of Pekanbaru on September 16, 2015 in the province of Riau, Indonesia. Air pollution or smoke has become an annual problem for the last 18 years in Indonesia. This is caused by the illegal burning of forest and peat fires in Sumatra and Kalimantan to clear new land for the production of pulp, paper and palm oil. Desperate civilians at the epicenter of the crisis haze in Indonesia take the fight into their own hands, using whatever resources they have to face a bit of a fire swept through their community because they are tired of waiting for the government to take action.