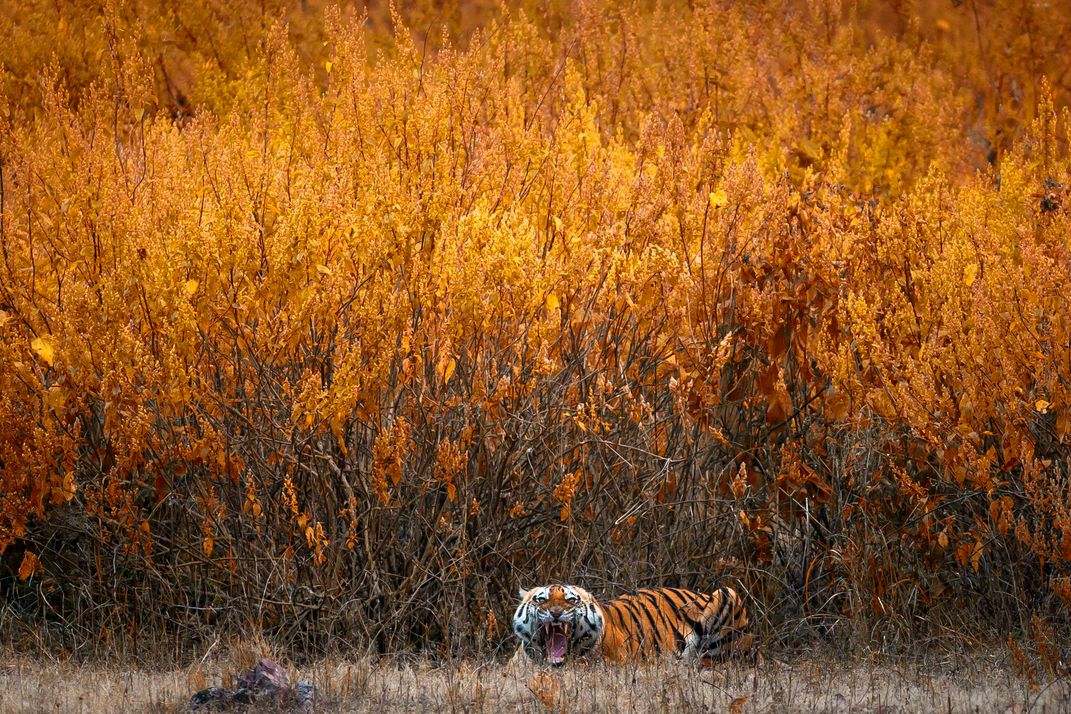 A yawning Bengal Tiger at Kanha National Park in Madhya Pradesh, India. Just before the tiger came out from the bushes, I heard a loud roar because there was another tiger in that area which got too close to this young male who was trying to establish a territory of his own. While he was resting on the edges of wild mint and lantana bushes, he yawned exposing his canines. I will always remember that roar which was enough the set the forest on fire. The flame colour of the bushes behind, comes from my imagination.