Home People By The Ghats Of The Ganges 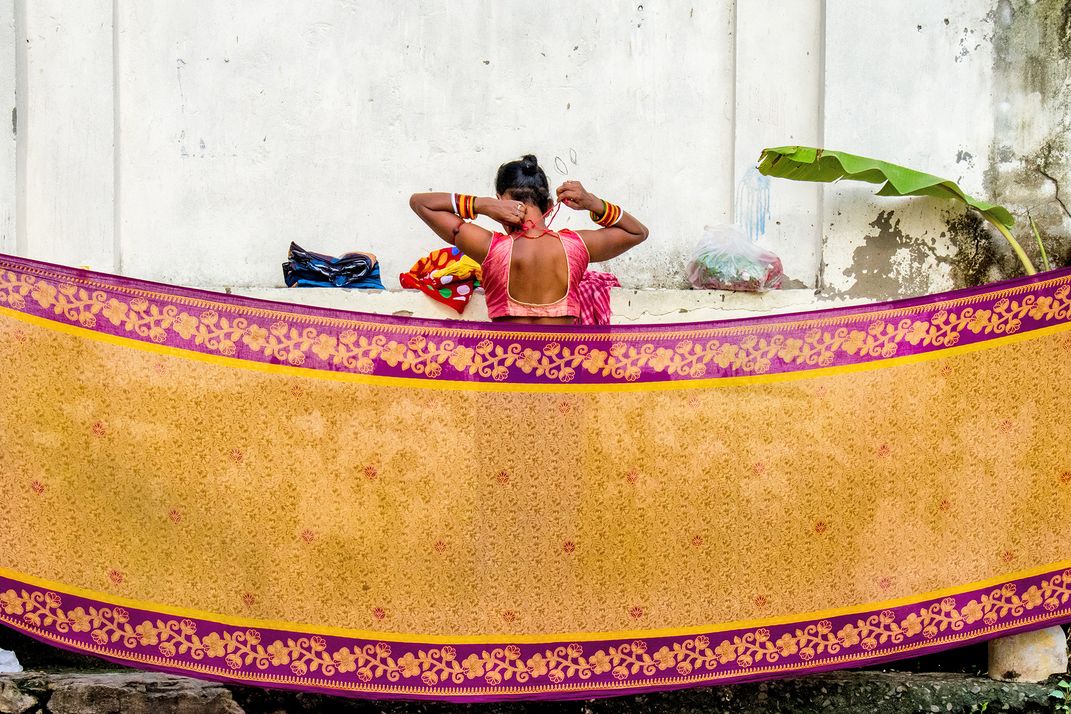 In the ghats, along the river Ganges, between temples and shrines, devout pilgrims from all over India come to worship and bathe in the sacred river. Hoogly river a tributary of the holy river the Ganges flows along with the city of Kolkata, India before disappearing into the Bay of Bengal, the broad concrete slipway sliding towards the river called ghats form a connection between Kolkata and the Hoogly river, these ghats are a favoured destination for many to escape the rigours of city life. Women dressed in vibrant sarees bathe in the water and wash their clothes. For Hindus, the river is a living goddess, Ganga Ma. Thus, there is a holiness to all that enters its waters, this picture was captured on such a ghat in Kolkata, India where a woman is seen drying her saree in the ghat after a holy dip in the water.