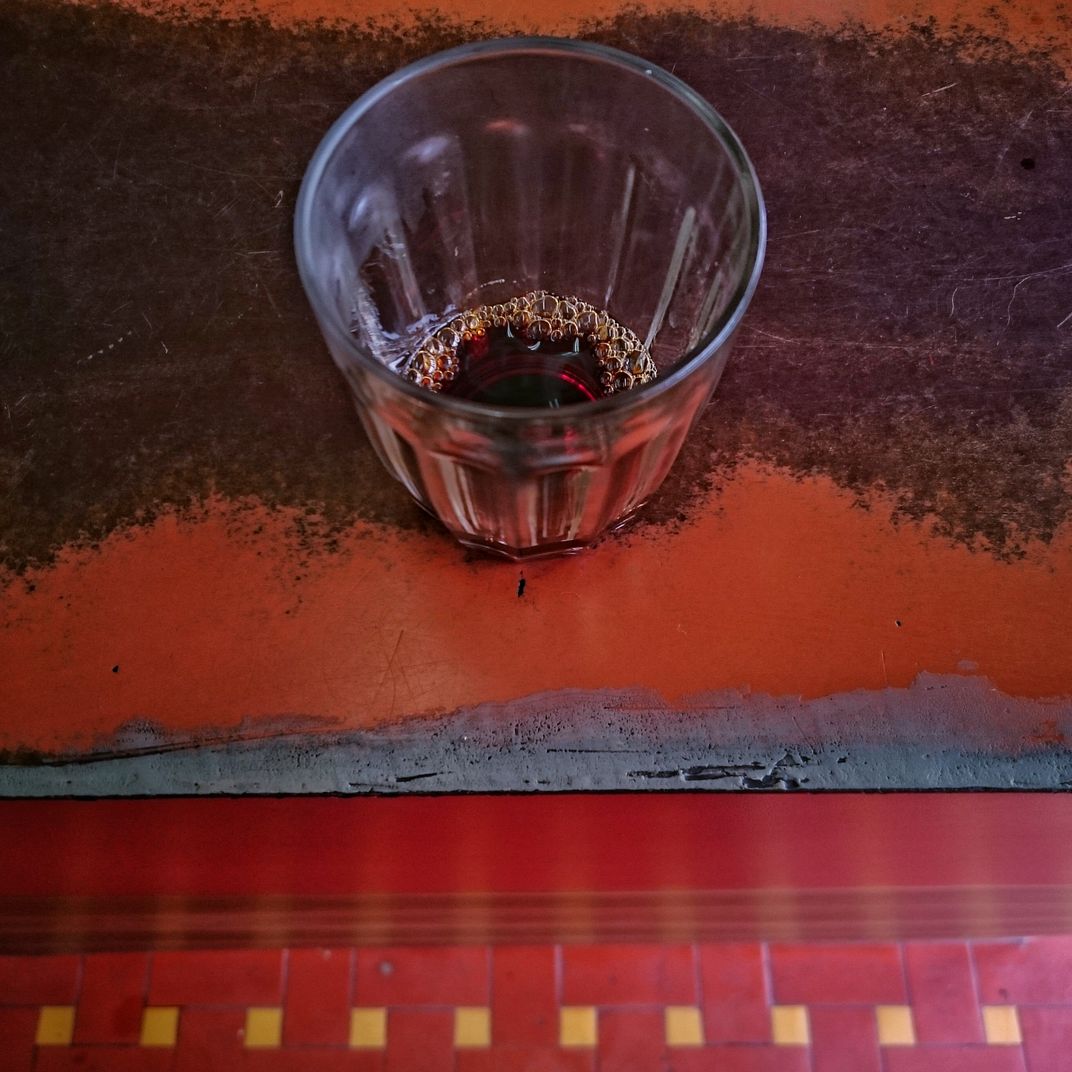 This image is a glass with Brazilian coffee, I an old balcony and worn by the action of the time of an old cafeteria. This photo shows the physical and social degradation of a neighborhood that was once home to former coffee barons. The main export product of Brazil until the 70's, which made the city of Santos become the largest port in latin america and made many With the change in the economy and the fact that other countries became major coffee producers, Brazil lost its number one exporter position and everything changed. The old and noble place, now housing homeless people, prostitutes, drug users and truck drivers. Forgotten by the rest of Santos, the neighborhood of Valongo tries to rise from the ashes and seeks a revitalization. In my photos, I try to draw a parallel between the decrepit state of the old buildings, their traditions, the marks of time and current neglect of this neighborhood that once had its glory.