Home Mobile Call of the History 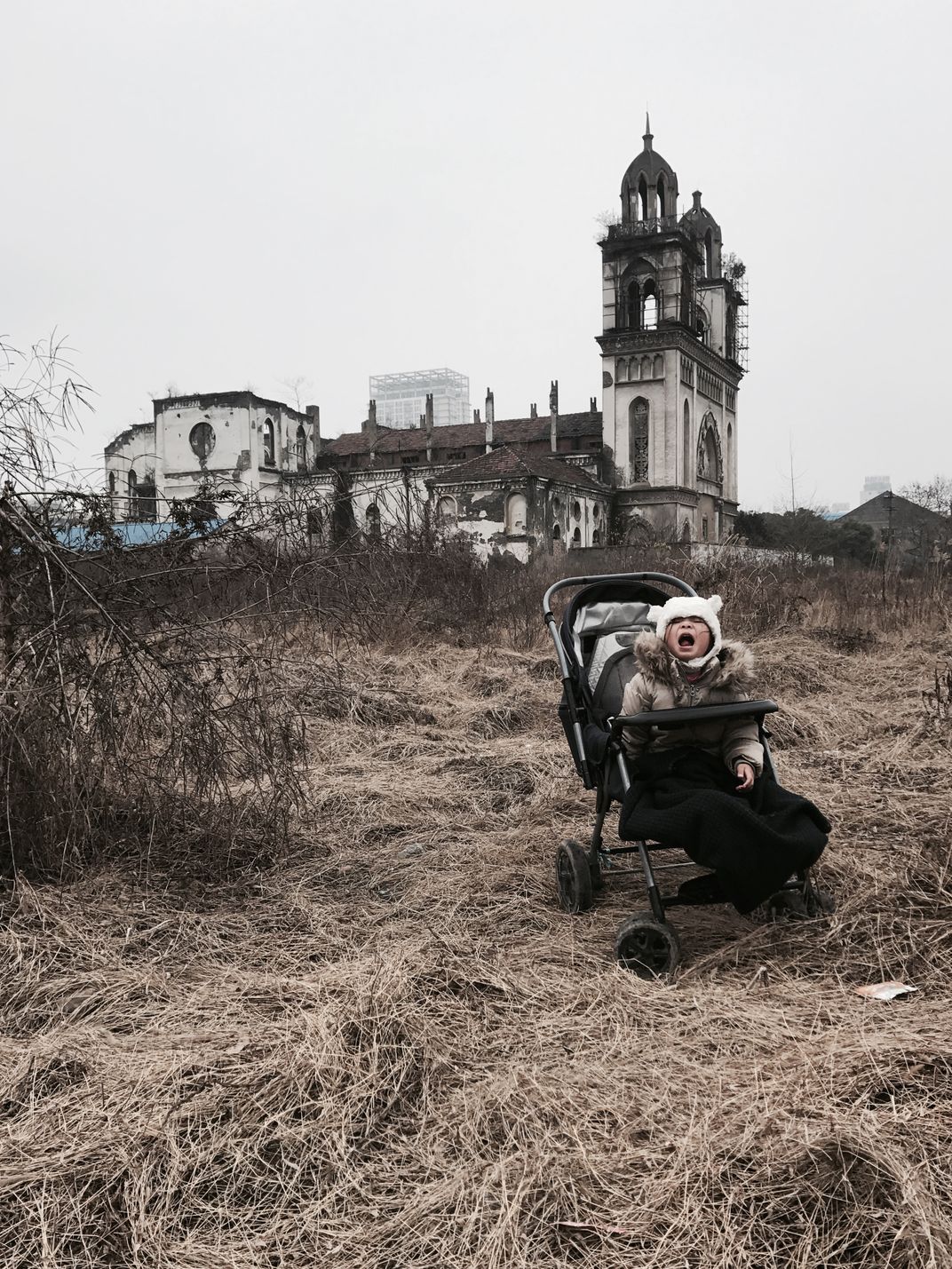 Behind the baby was what used to be the greatest Catholic church in China and the third largest in the Far East. It once was a magnificent Gothic structure, initialed and designed by an Italian priest and architect, who in China has only been known by his Chinese name Han Rilu. He insisted on importing cement, irons, stained glass, tiles and everything from the Europe. The construction lasted for 13 years. When it’s finally finished in 1930, the Church in Paris even sent a specially-built bell for the tower, which later turned out playing a big part during the Anti-Japanese War as an effective alarm of the air raids. Unfortunately, this gorgeous jewel of the early 20th century architecture was destroyed during the Cultural Revolution. Even more sadly, no sign of reconstruction or reservation for what’s left of it can be seen at this site today. The ruins have been standing unguarded among this deserted grassland for decades. When company finally arrived, it was a noisy shopping mall across the street, just dozens of meters behind us. Yet of course the little girl was ignorant of all these, and was perhaps fretted for having to sit there all the time—she had a shin broken weeks ago.