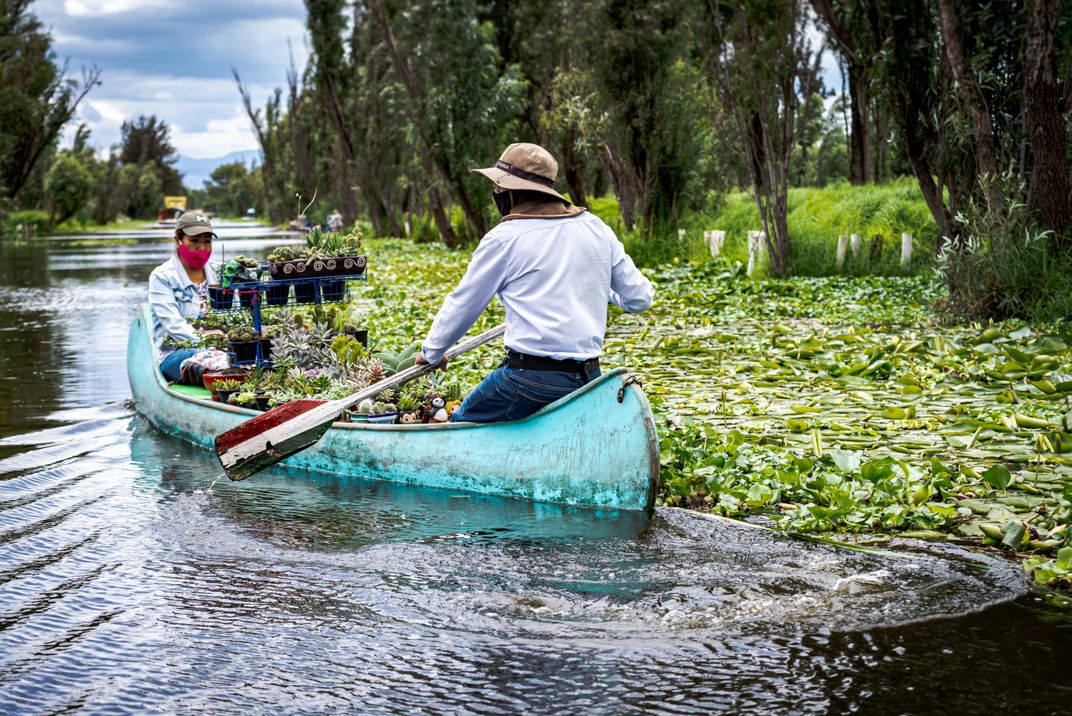 Canoeists selling plants to visitors who float in the canals of Lake Xochimilco in boats called ¨trajineras¨ in Mexico City. Lake Xochimilco was part of a system of lakes located in the Valley of Mexico. The main characteristic of this lake with respect to the others that make it up, is its biodiversity in flora and fauna, because this lake is fresh and not salty like the others. It follows that Xochimilco, in the Nahuatl word means "in the land sown with flowers", is a place of traditions that was built in 1352. The Chinampas system, floating islands to grow flowers, plants, vegetables and mainly vegetables. The Chinampas take advantage of the shores of lakes, rivers, marshy areas, where the water is constant and relatively still. Elevated areas are built, with a rectangular shape, above the water level, taking advantage of the land at the bottom of the waters (swamps). To achieve its stability, trees known as ahuejotes (Salix bonplandiana) are planted on its periphery, whose roots support the earth and whose foliage provides shade. Thus, each plot is surrounded by a channel on its four sides and constant humidity is ensured. This agricultural technique survives in Xochimilco, but in the past it was developed in other places in Mexico. With it you can achieve up to three corn crops a year. It is one of the most efficient farming systems in the world, ideal for making families self-sufficient and since 1987 it was declared a World Heritage Site by UNESCO.