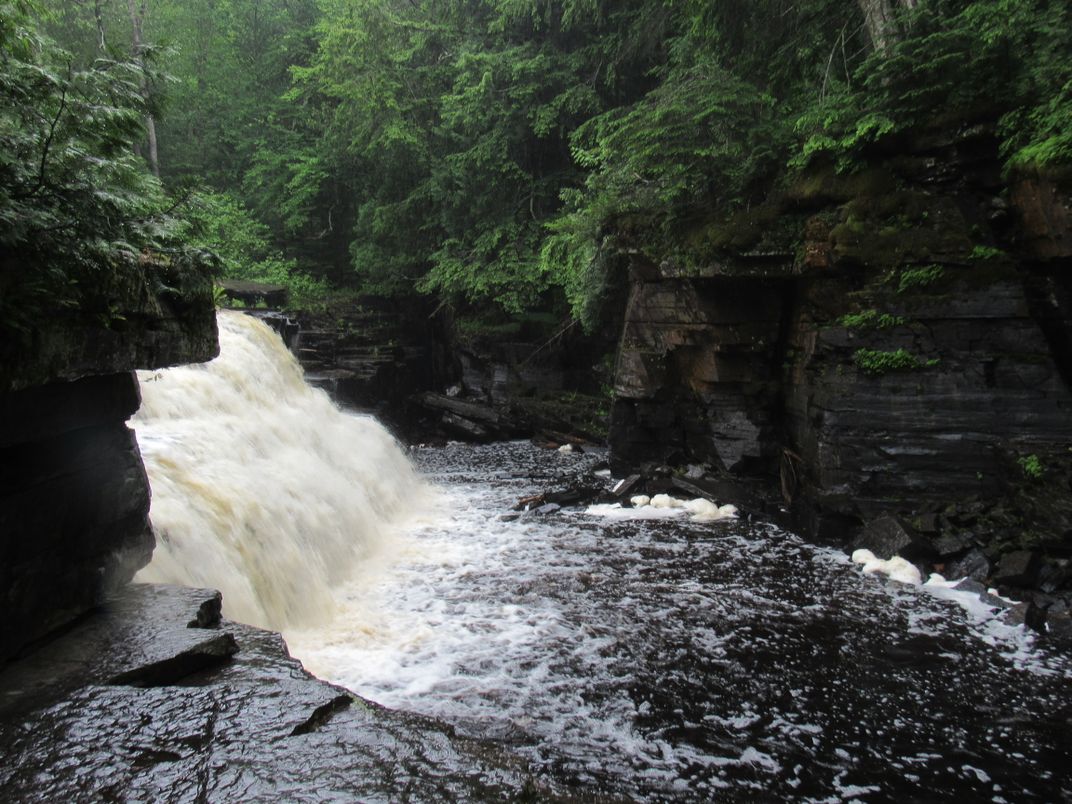 This is Canyon Falls and Gorge in the Western Upper Peninsula of Michigan. It's part of a wayside that has a half mile trail which follows the Sturgeon River down a series of steps until it gets to this falls. It then drops about 15ft. into this gorge which is part of the Canadien Shield with rock that is probably 2 billion years old. I have been here a few times because it is so beautiful, especially the falls and gorge. You can step off the trail to take pics, just have to be careful because it is wet and you don't want to slip and fall in to the water. For this shot, I had to step off the trail and walk carefully. It would be great to walk in to the river and take some shots but not sure if that would be safe. I will say this, I would like to park myself here in a chaise lounge and just take in this view for a while, with no other humans near me