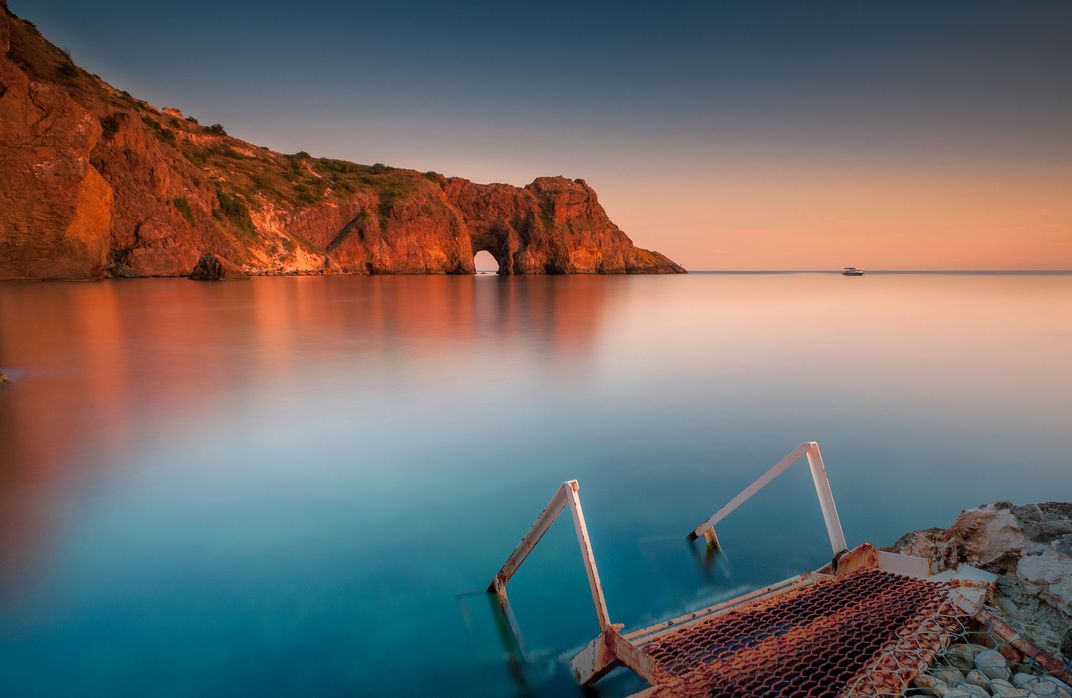 Cape Lermontov and the Diana Grotto. At the beginning of the last century, a small village was formed over the cape, called Lermontova Dacha by the name of the owner - the namesake of the famous poet. Hence the name of the cape. This narrow rocky cape with steep slopes extends to the west and is notable for the fact that in the center there is a through hole at the level of the sea surface, into which the boat freely passes, and which has its own name - Diana's grotto. Diana's Grotto is a high through grotto, with surface and underwater parts, from 2 to 12 meters deep.