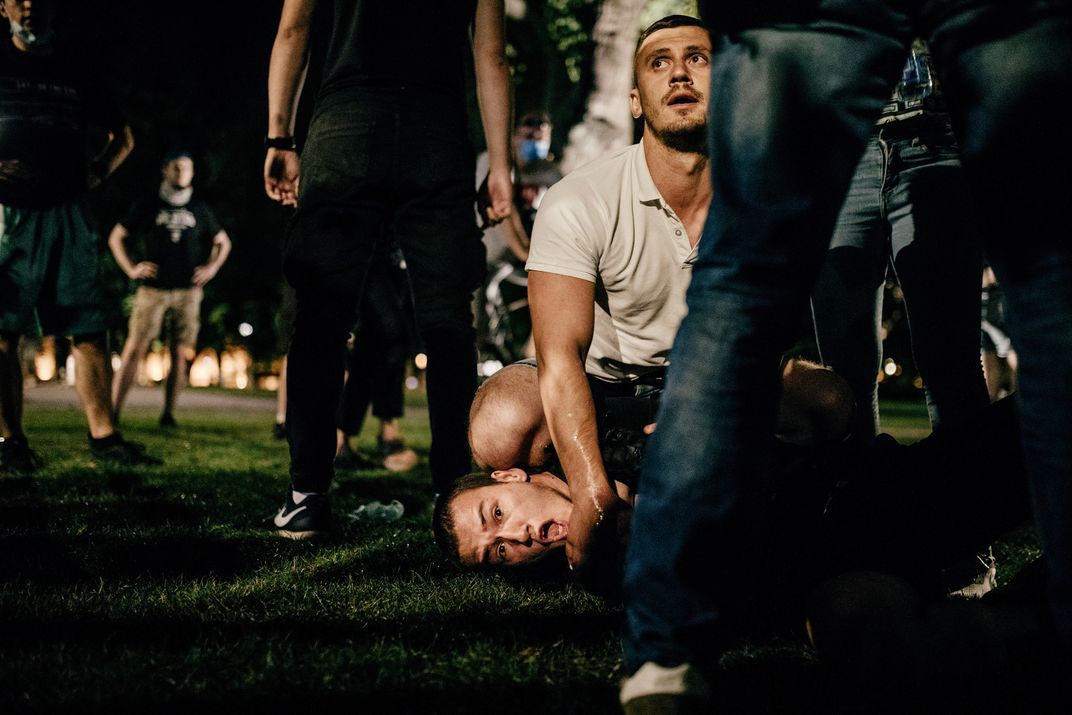 At the end of the day 4 of the Belgrade’s anti-government protests, the silence was suddenly broken by screaming for help from the dark ‘’Pionirski’’ park just across the Serbian Parliament. The screaming draw attention to a disturbing scene of a young protester captured by the undercover police agent who, surrounded by his colleagues, strongly applied pressure on the protester, holding him tightly on the ground - the scene that was incredibly reminiscent of the tragic event from the U.S. when a police officer killed an African-American, George Floyd, applying a similar choking technique. The scene instilled fear in the citizens present who kept shouting to let the young man go. The fear and despair were visible not only in the young man’s eyes,but also in the eyes of the policeman, since he was also captured, but by the surrounding citizens and photojournalists. The one-week long anti-government protests caused by a high level of frustration with government incompetence, intransparency and measures in dealing with the Covid 19 pandemic took place in July 2020 in front of the Serbian Parliament in Belgrade. The protests were triggered by the President's announcement on reintroducing curfew which had been in place for almost two months from March to May. Belgrade, July 10th 2020.