Home People Care-work for the Family 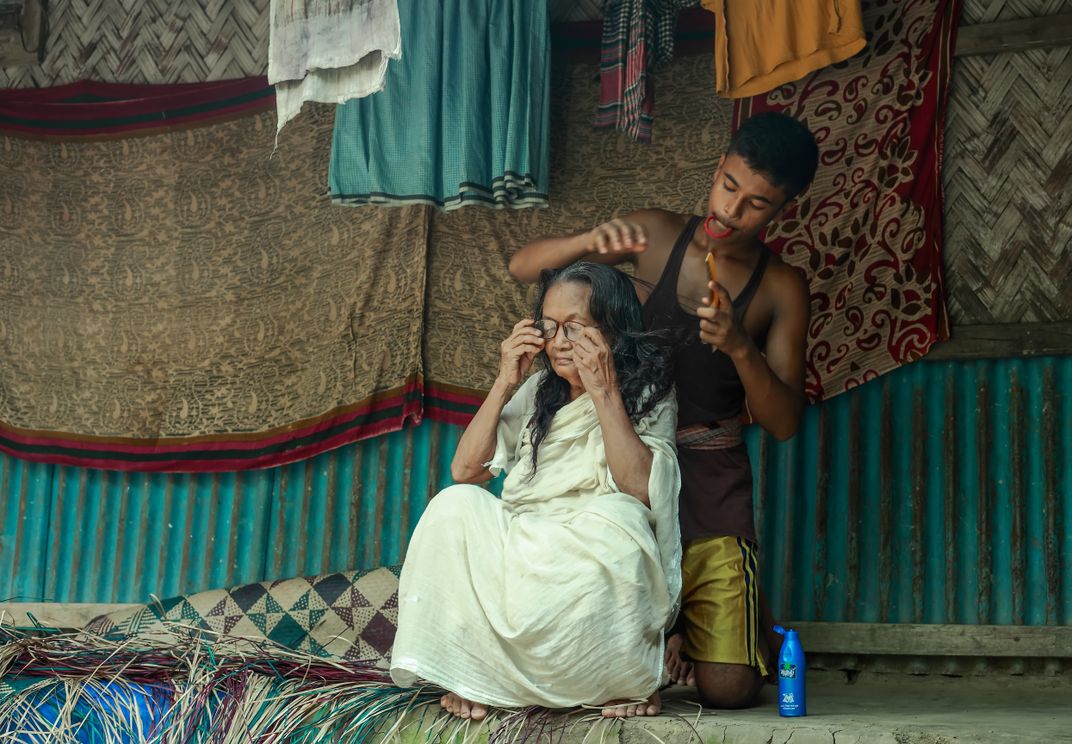 Shahin Islam (17) is the eldest son of Late Fazlul Karim and Surma Begum. They live in the North Wahedpur village under Mirsarai Thana in Chittagong. His younger sister attends the ninth grade at a local school and his brother is very young to attend school. Shahin's father unfortunately died in an accident and his mother became mentally ill after her father's death. As his sister is still a student and his brother is small, he has to do almost all the chores in the household. The chores include cleaning the house, caring for their mother, grandmother and younger brother, regular cooking etc. With help from his sister and grandmother at times, it is never a shame for him to do the domestic work for his family. He believes that men can easily do all kinds of household care work, especially when they have support from the women of the family. Shahin and his family is an encouraging example of men’s contribution in our society.