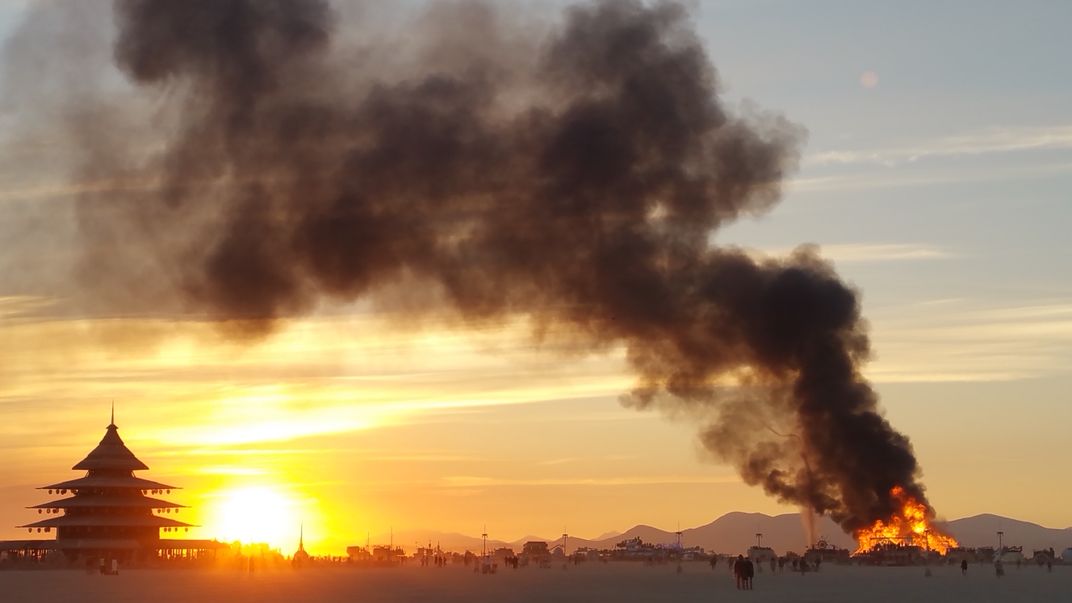 I was attending the Burning Man festival this year with my girlfriend. Last year I lost two friends, one to suicide and the other to a very mysterious illness. Both losses were a month apart and I considered them good friends. Friday morning, during the catacombs burn, I was moved to tears, releasing the grief I had held for several months. We walked out to the temple as the sun peaked over the ridge. We arrived at this moment as the fire, sun, and temple aligned at just the right moment. I won't remember any moment more moving and beautiful than this one.