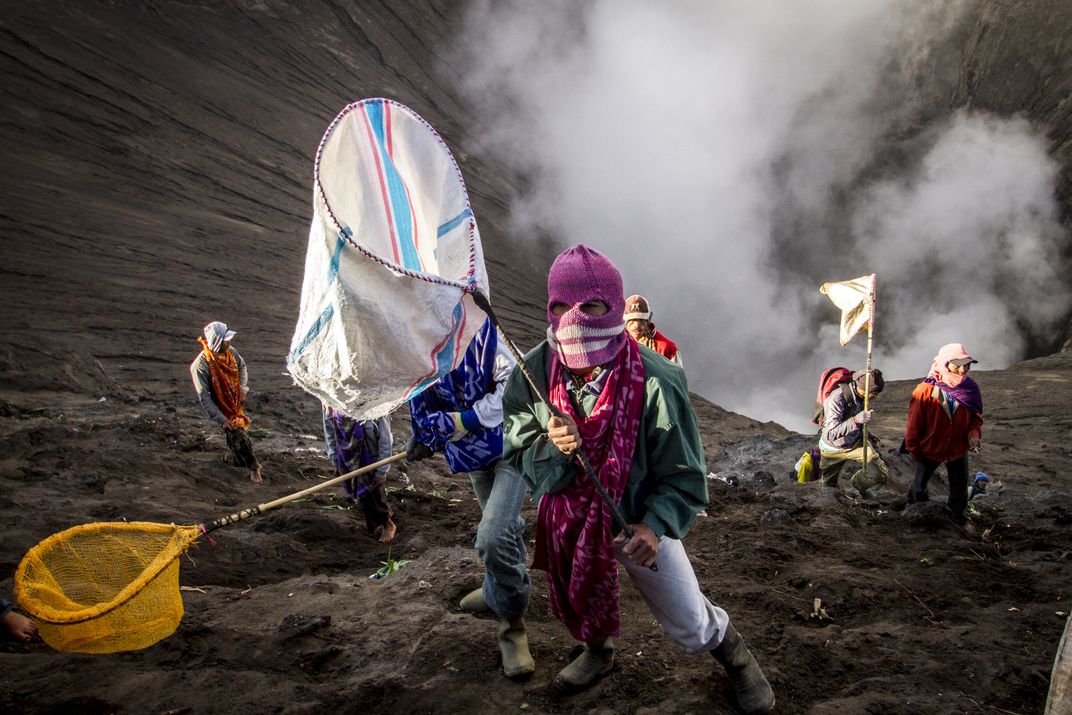 Every year the Tenggerese people who live in the villages around Mount Bromo gather to pay tribute to the god of the volcano in a festival known as Yadnya Kasada. They carry offerings up the volcano to throw into the crater. Some people however chose to risk their lives and climb onto the steep inner slope of the crater with nets. They run and jump to try and catch the offerings before they reach the choking heart of the volcano. The belief is that each item they catch is a blessing from the god of the volcano. This young man had covered his face to protect his identity from those throwing the offerings and to reduce the impact from the toxic volcanic gasses.