Home Mobile Catches of the day 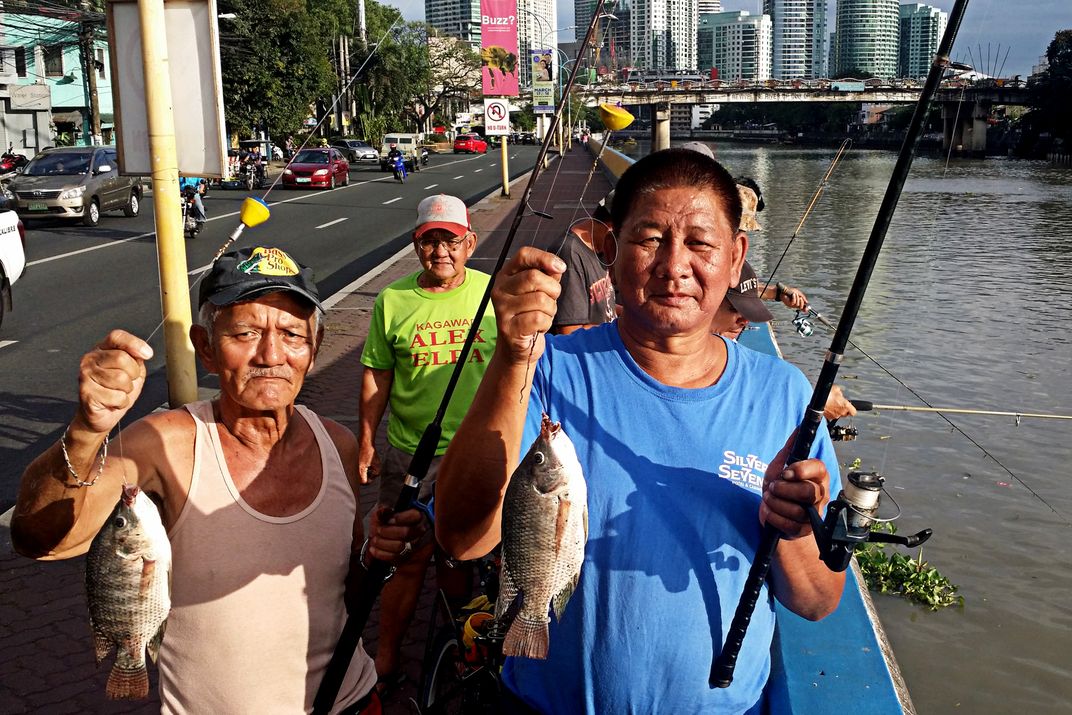 Jessie Asebedo, 69, yrs. old (left) and Francisco Coronado, 57 yrs. Old (right) with the other anglers and member of Mandaluyong City Anglers Club showed their new catch of “Tilapia” fish that wash catch from Pasig River on February 27, 2018. It shows the resilience’s of Mandaluyokenio that they able to adopted on their environments and catches on the river as additional foods for their family plates. The Mandaluyong City Anglers Club was organized on 2009 and according to them they joined every year for the annual fishing competition by the City of Mandaluyong.