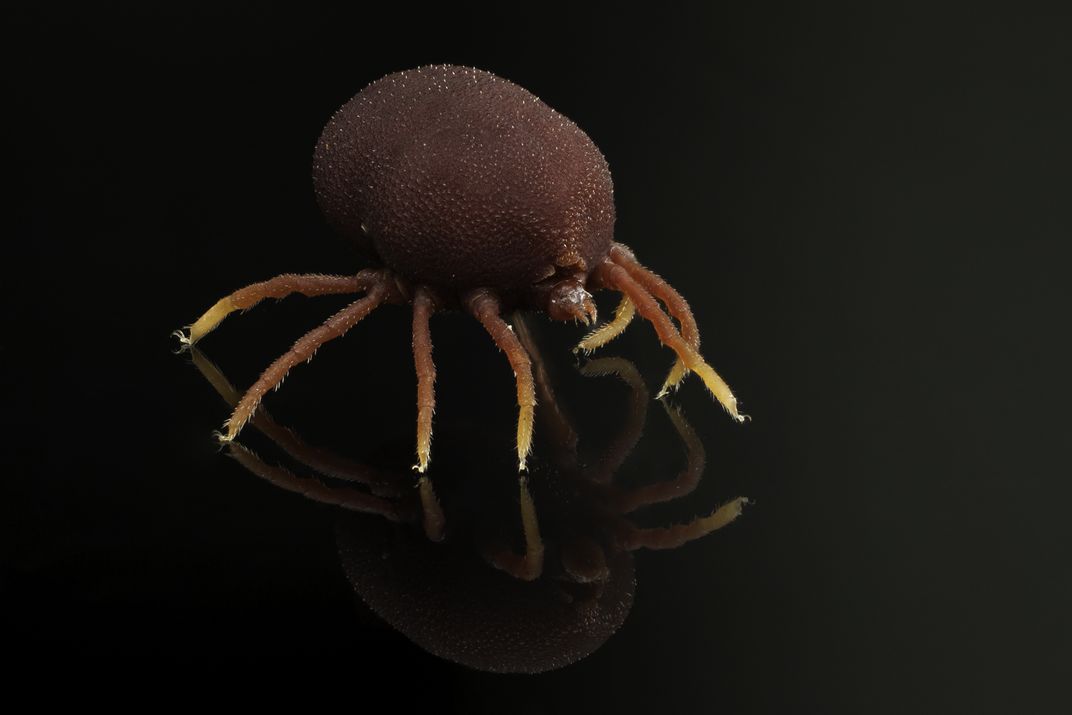 The mites are one of the largest arachnid groups, with about 30000 known species, and scientists estimate that hundreds of thousands species are yet to be discovered. They are little sized (the vast majority is less than 2 mm width), what have allowed them to fill an unparalleled number of habitats and ecological niches, some of them unavailable to bigger animals. Mites can be predators, parasites, detritivores and even herbivores and fungivores. The free life species inhabit several terrestrial habitats, including litter, rotten wood and organic detritus, moss, insect and small mammals nests’ and soil. There are also fresh water and marine species. With all these characteristics, the mites certainly have an important role in ecosystems and actively participate of our lives, even if we can barely see them!