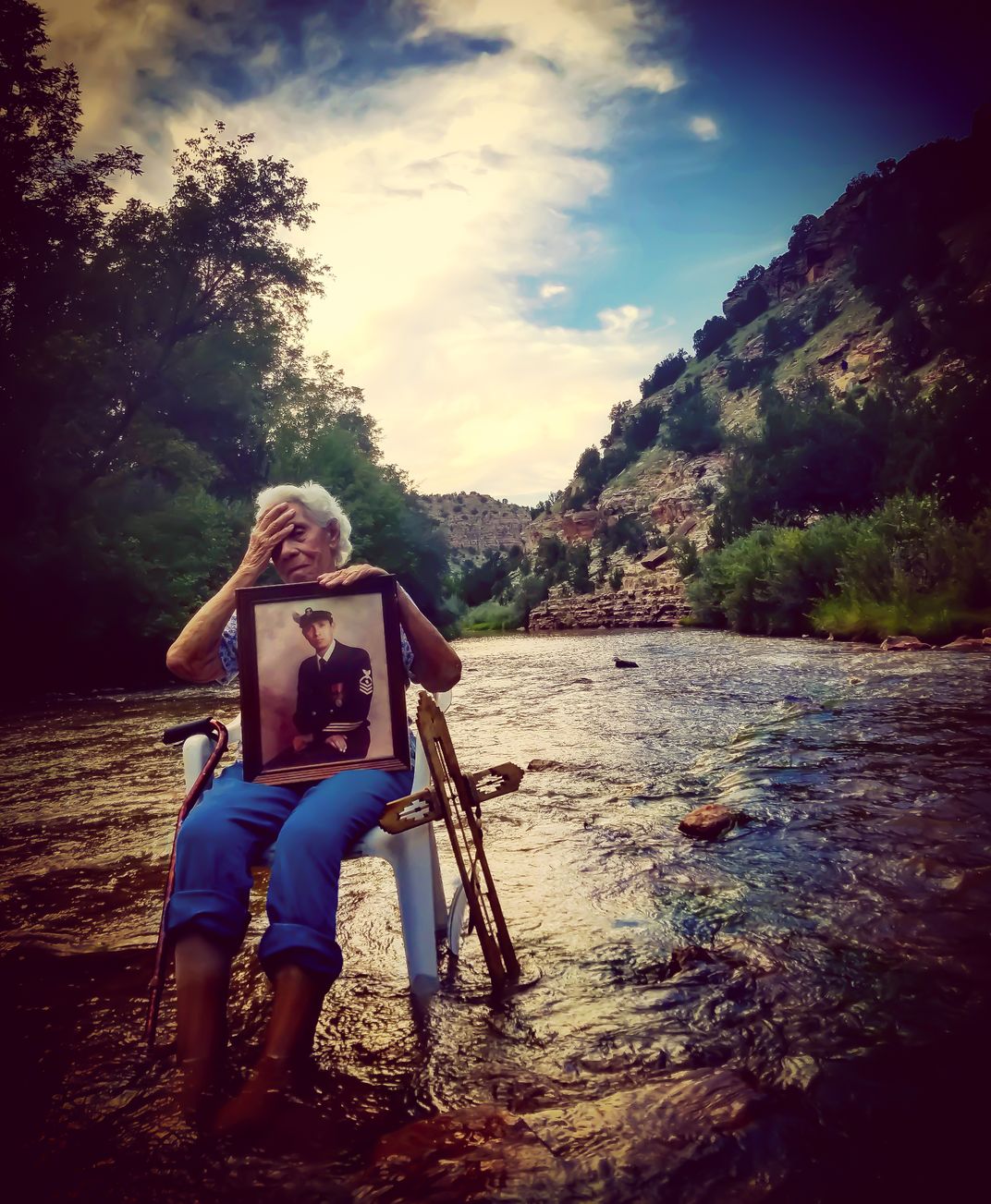 This is my grandmother, Cecilia Ortiz. She is a strong, courageous woman who has a heart of gold and always has a smile on her face. Looking at her, you would never imagine the trials she has faced in her 86 years of life. She is the proud mother of 14 children. When my father was a few months old, her and my grandfather made the selfless decision to give my father up for adoption to my grandfather's sister and her husband. They had one daughter and tried desperately to have another child. My father grew up close to his siblings and was aware of his adoption. In May 1984, my father's older brother, Estevan (Steve), was on a break from the Navy to finish college, before he was set to attend Officer training school in Rhode Island. He and a few friends decided to go tubing in the Pecos River near Villanueva. He went tubing down some falls and went under. He never came back up. Emergency personnel were called in and his body was later found at the entrance of Villanueva State Park. He left behind a fiancé and a young daughter. His death left my family devastated. His life, though, was a legacy that impacted everyone, especially my father. Steve had been in the Navy for 14 years before his death. He travelled the world, shared stories of the experiences he encountered, and showed his family that if you put in the work, anything is possible. My father followed in his footsteps and spent 24 years travelling the world with the Air Force. We meet every year for our family reunion at Villanueva State Park to honor Steve and cherish and celebrate family. This photo was my grandmother's idea. We shot it in Villanueva State Park, in the Pecos River, not far from where Steve's body was found. She was so brave walking across the slippery river with so many emotions running through her. She is such an inspiration and I am proud to have her strength and heritage running through my veins.