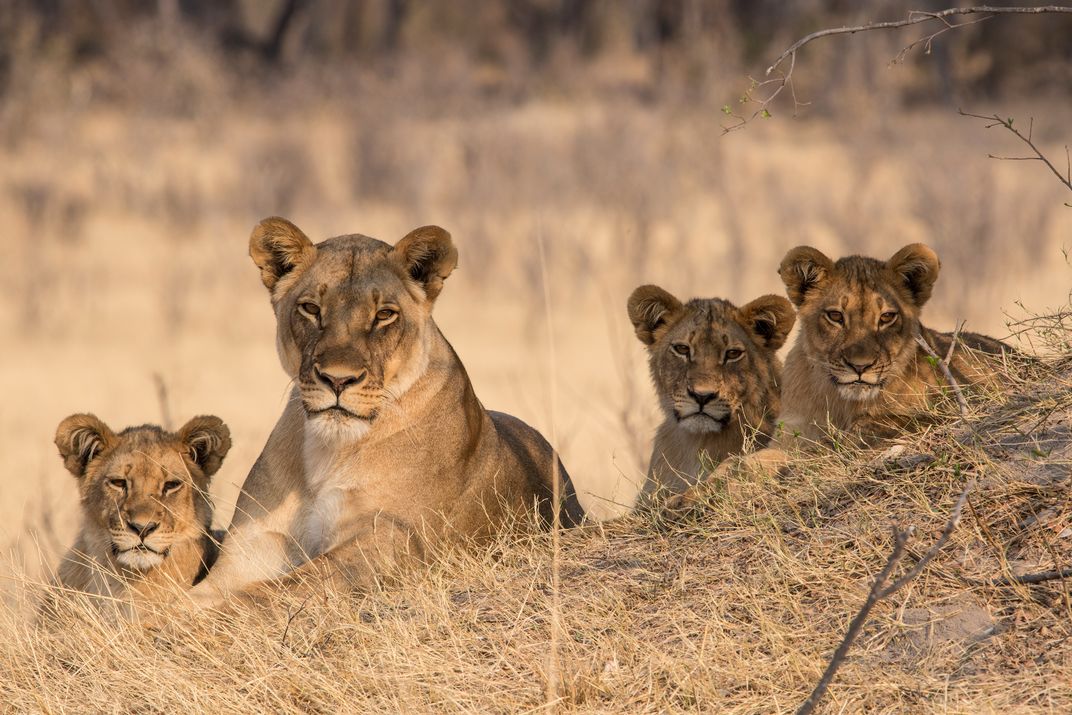 The members of the pride of Cecil the Lion. Cecil (c. 2002 – 1 July 2015) was a male Southwest African lion, who primarily lived in the Hwange National Park in Matabeleland North, Zimbabwe and was 13 years old when he was killed. He was a major attraction at the park and was being studied and tracked by the University of Oxford as part of a larger study. These are photographs of members of his pride that consists of three females and six surviving cubs, who were 10-months old at the time these images were taken in September 2015. Two females went off to hunt while the third stayed with the cubs - three of whom were closely surrounding her in this photo.