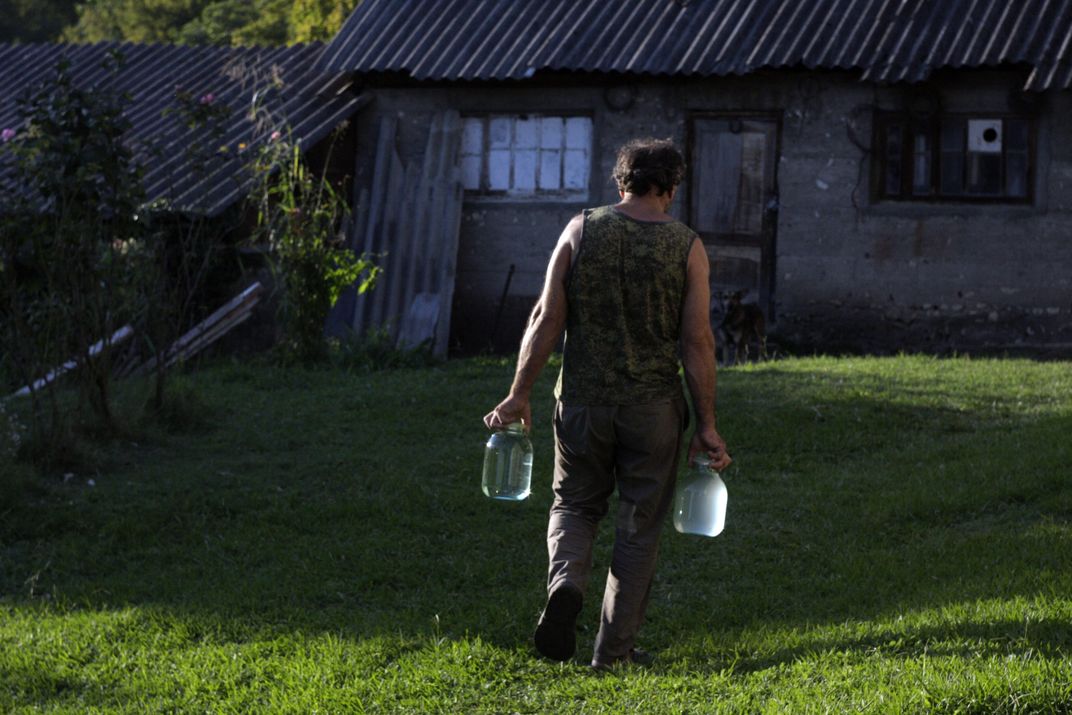 Since the post-war Abkhazian economy is still in ruins, almost every local creates a small business in your own garden or house. One of the best handicraft production is the creation of an alcoholic drink -"Сhacha" or even its name - Grappa. However, chacha is doing almost all of the fruit grown in the Northern Caucasus region: from tangerines, apricots, peaches, apples, pears, figs. Analog chacha called Italian Grappa and brandy and Pisco. In 2011 year, the name "Chacha" was patented. On the world market chacha called alcoholic drink made only in Georgia. According to the agreement between Georgia and the European Union the name "chacha" is protected in the territory of the European Union. However, this does not prevent engage local residents of Abkhazia its own domestic production of the drink, because 22 years ago Georgia and Abkhazia was one whole...