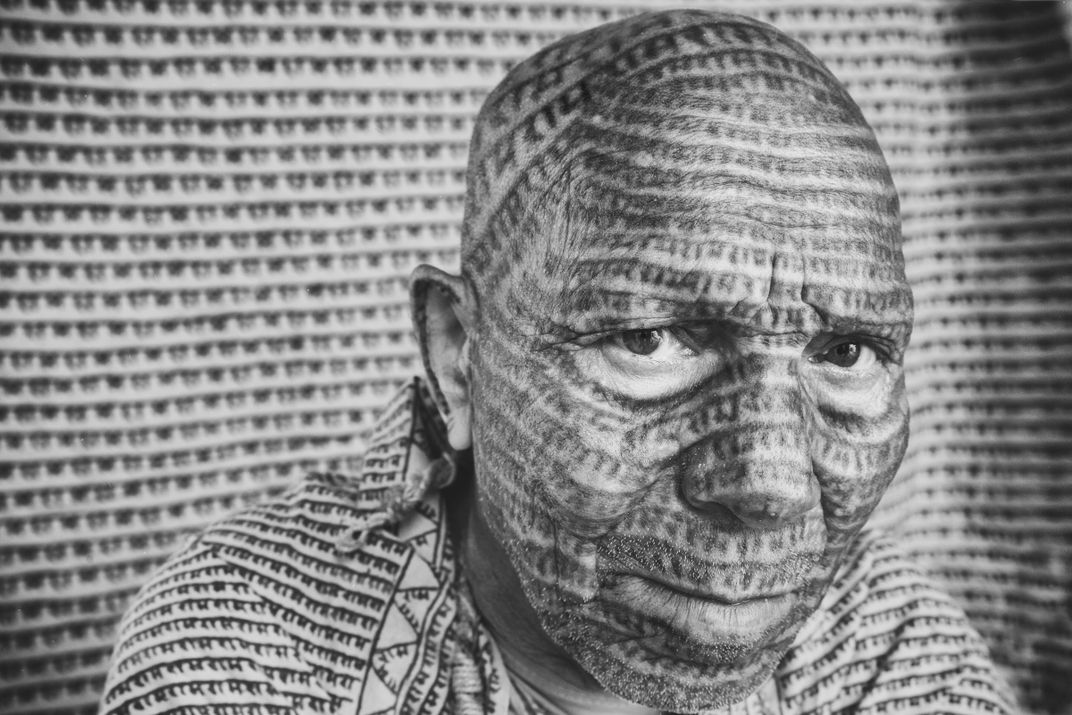 Low-caste Hindus in the eastern state of Chhattisgarh first began tattooing their bodies and faces more than 100 years ago as an act of devotion and defiance after being denied entry to temples and forced to use separate wells. Ramnamis, as followers of the Ramnami Samaj religious movement are called, first wrote the Hindu god Ram's name on their bodies as a message to higher-caste Indians that god is everywhere, regardless of caste. It served a message to higher-caste Indians that god was everywhere, regardless of a person’s caste or social standing and at the same time a body covered with the name of Lord Ram, offered protection from physical abuse.