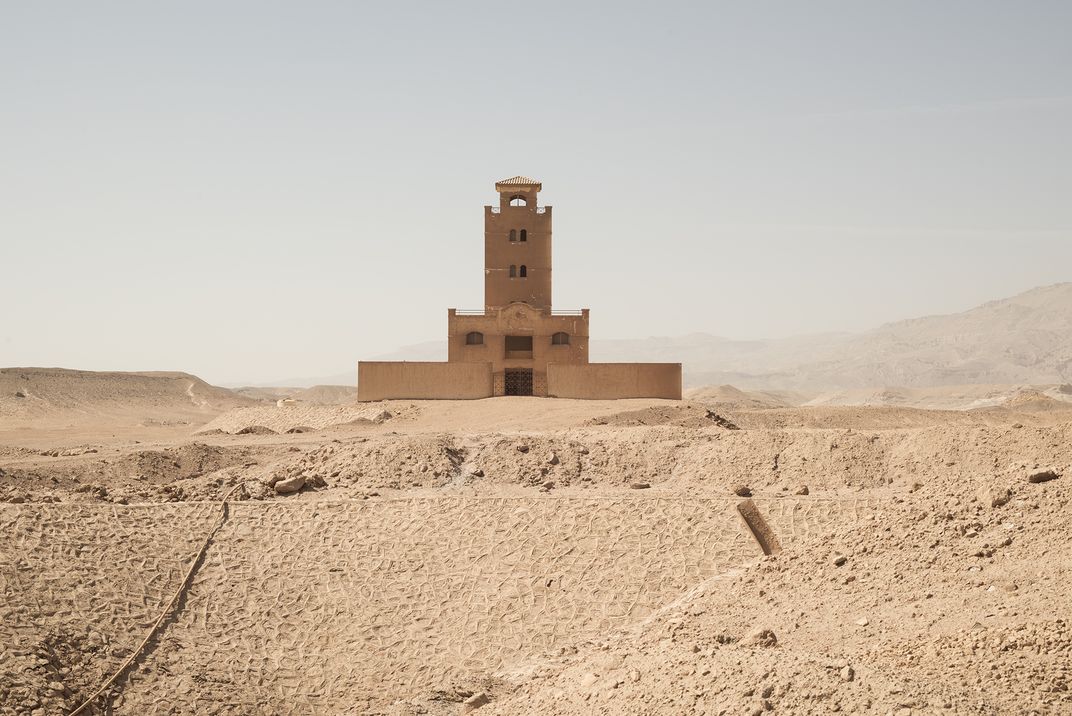 Changing Landscape is a photographic research about landscape transfromations and urbanization along the Red Sea coast of Egypt. Working on the concept behind the development of contemporary cities I question how natural and manmade environments are commonly represented and how they interact with each other, in a country where architecture - and built environment- have always been an ideological vehicle; a kind of sacred geometry whose forms symbolize the relationship between heaven and earth, the elements communicate with solar systems and create a correspondence with the stars and the planets, connecting the humans to a higher and divine nature. Changing Landscape moves its first steps in the field of cultural landscapes, seeking connections between the built space and the space where the roots, myth and archetype dwell, creating a dimension where one may nourish the other. Using the border line of Red Sea (phisically represented by a coastal road that separates water and desert) as a metaphor for constant change I travelled from Suez to the sudanes border in order to document this new urbanization and seeking moment of grace in the rush of our contemporary world. Although it has never been my intention to take documentary pictures, the sociological context of this project is very important and ever-present; representing the antrophized territory has to mean representing the built environment, but beside the documentation the project is a research about the contrast between tradition\roots and innovation.