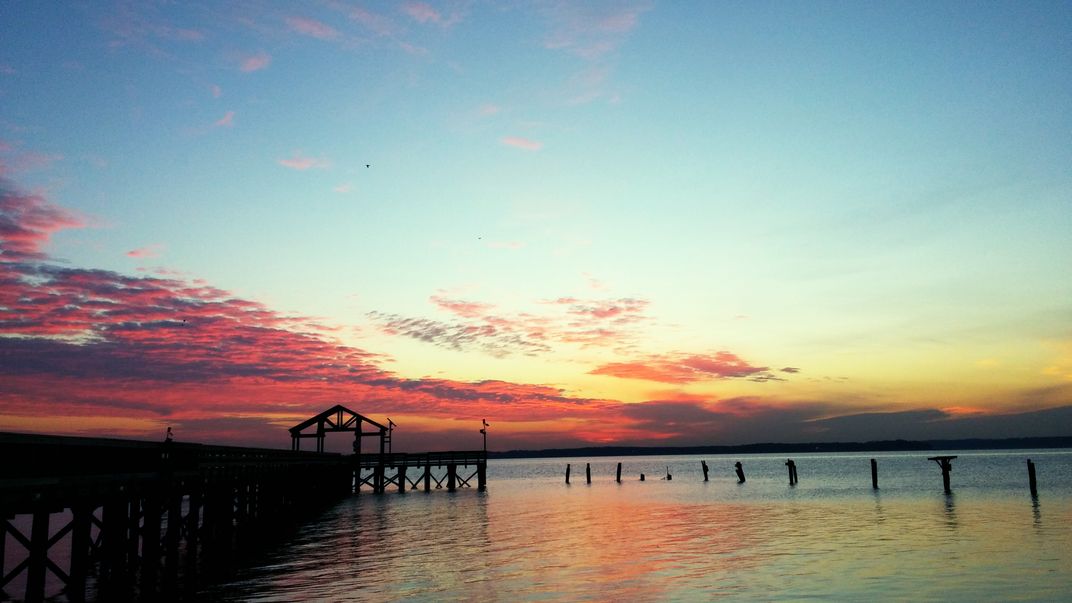 I was told Leesylvania State Park in Woodbridge, VA was a nice place to see the sunrise. And being a fan of sunrises, I decided to go one morning. I ended up leaving a little later than expected, and while driving, started to see the sky light up faintly. As I entered the State Park, I wasn't sure where I could see the sun rise best, so I decided to drive along and hope to get a clear view of it. I probably drove a little faster than I should of, as I saw more pink was appearing. Then finally, near the end of the road, I saw the fishing pier, and knew I would see the sun rise from there. I quickly ran with my camera, ran into a few photographers along the way, and then started taking pictures knowing each second would change the picture. Once I took a few pictures, I finally paused, took a deep breath, and treasured the moment of seeing the sunrise, the water ever so still, and the sky so beautiful with all its colors.