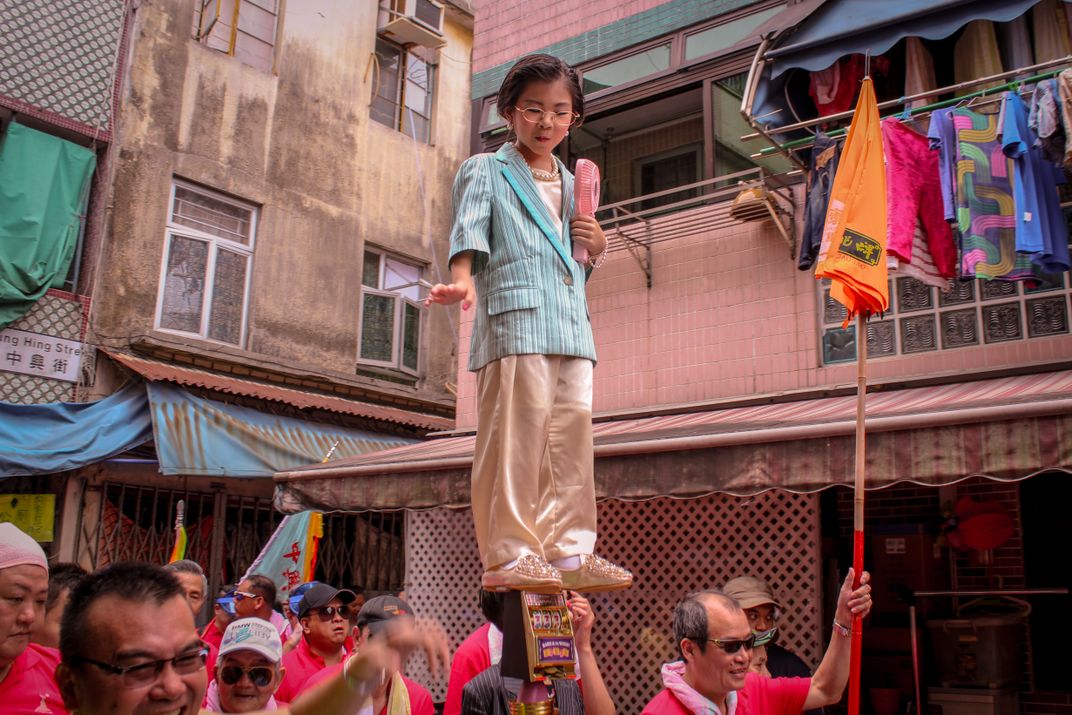 First day in Hong Kong, take the ferry to a little Island where this festival whats going on. "Cheung Chau's Bun Festival, which draws tens of thousands of local and overseas tourists every year, is staged to mark the Eighth day of the Fourth Month, in the Chinese calendar (this is usually in early May). It coincides with the local celebration of Buddha's Birthday. The Cheung Chau Bun Festival began as a fun and exciting ritual for fishing communities to pray for safety from pirates. Today this religious origin has largely been forgotten, and the festival has mainly a become a showcase of traditional Chinese culture. Kwok Kam Kee, the official bun supplier for the festival which was opened 40 years ago, makes over 60,000 buns for the festival" (Wikipedia)