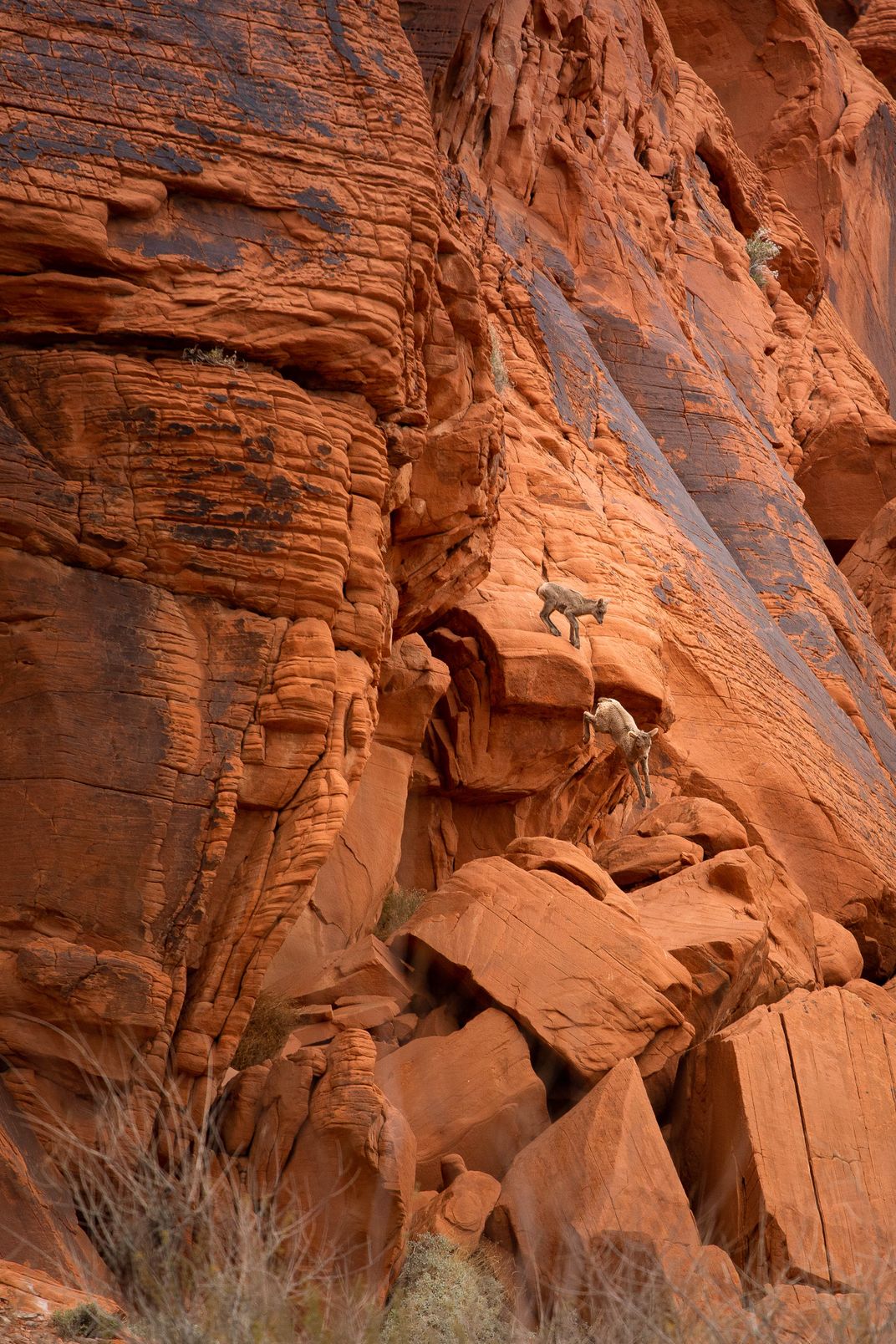 The herd put on a dazzling display as they ran up and down the edifice, then, after they had done this two or three times a piece, they ran away. The other people in the area soon left. I sat behind a bush, reviewing my images out of sight, when I saw a ewe lean her head over the top of the cliff, followed by another mother and two young. The herd's display was apparently a cover to grab attention and disperse the small crowd in order to bring these babies down safely. One ewe is below and to the left, while the other is just behind the rock face, both out of frame, carefully guarding their lambs. Other titles considered were, "It Takes a Village" and "A Mother's Love."