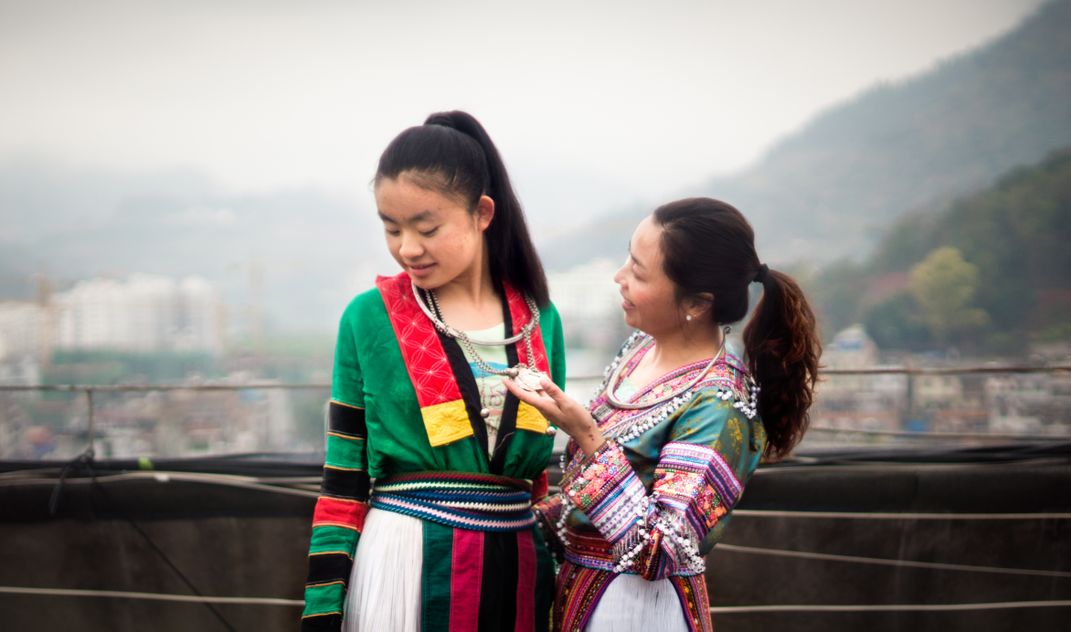 My aunt tries awfully hard to get her daughter, who's assimilated to Han Chinese culture and city life, to learn to embrace her mother's native Hmong culture than be embarrassed about it. I then had the chance to meet this beautiful mother-daughter duo when my grandpa introduced us to each other in Kunming and had been following the two around for about a month while also getting to travel down to her home village. My aunt wanted me to photograph both her daughter and her since it had been quite a while since the last time her daughter wore traditional Hmong clothing. She gave her daughter her mother's old necklace to try on before I happened to capture this moment of her then telling her daughter, "See? What's there to ashamed of?"