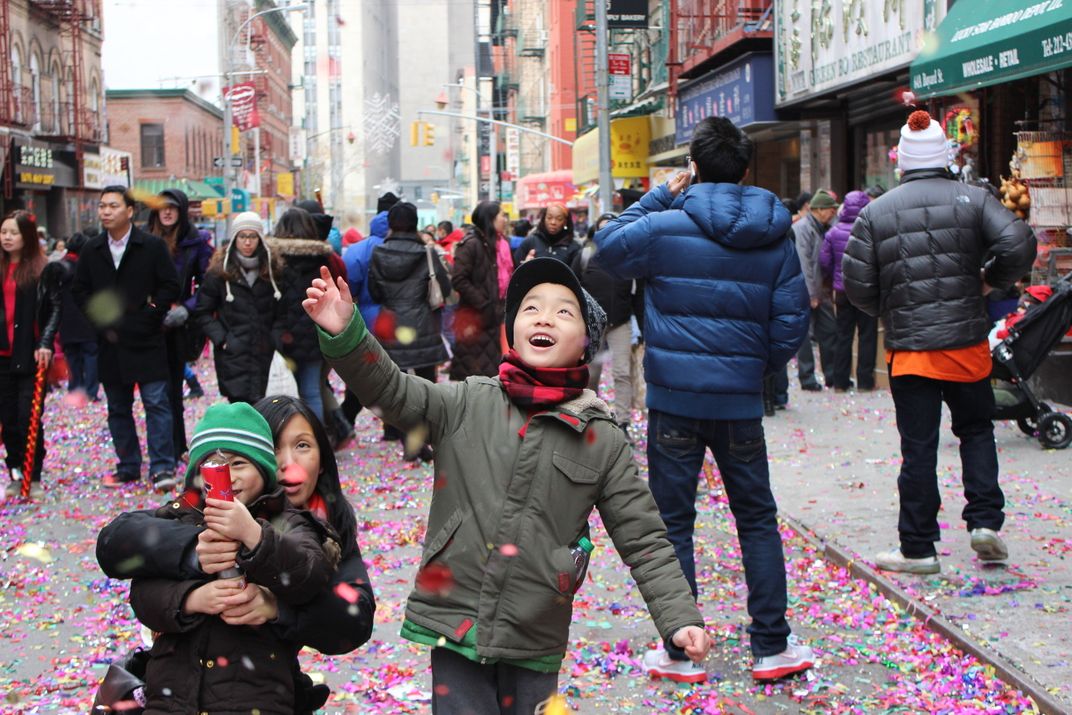 Chinese New Year is one of the most significant holidays for Chinese people. Celebrated by one-sixth of the world's population, holiday festivities have spread far beyond China and now occur all over the world every year. This photo represents how we celebrate Chinese New Year in New York City. Families come out to watch or participate in the energetic parades filled with lion and dragon dances and rhythmic drum beats. This family had just popped a confetti cannon, which requires a sharp twist at the bottom to release its colorful paper and streamers high into the air after a loud bang. Multiple cannons go off at once on any given street, which creates huge clouds of paper bits hovering over our heads until it snows down onto us, transforming the city into a massive confetti ball pit. Chinese New Year is a time that brings both families and strangers together when we gather to observe this holiday and watch eagerly and laugh as the confetti falls from the sky.