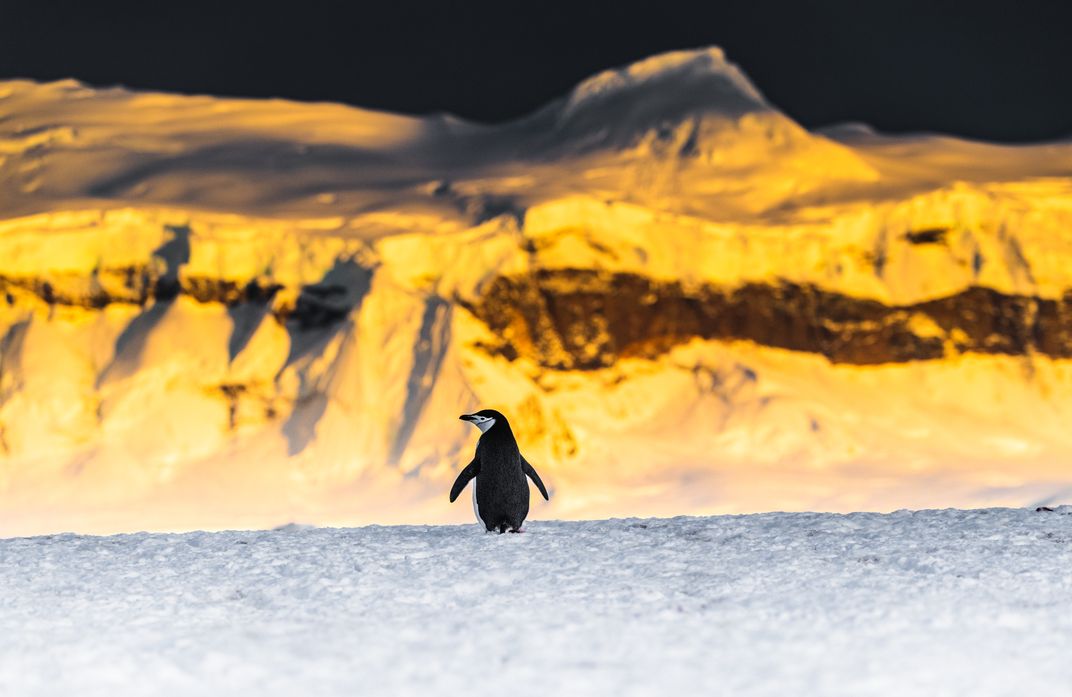 While our expedition ship explored the Errera Channel in the Antarctic peninsula, the satellite forecasts indicated that there was a possibility of catching a good sunrise. In anticipation, we had woken up after a 3 hour sleep early the next day at 2am to ensure a pre-sunrise landing at Useful Island. The early pre-dawn start at 3am was worth the effort despite the lack of sleep and the biting cold, as there were both Gentoo and Chinstrap penguins present, not to mention spectacular landscapes, that lit up with golden hues as the weak polar sun gradually made its way above these extreme southerly horizons. This allowed for making interesting animal-scapes.