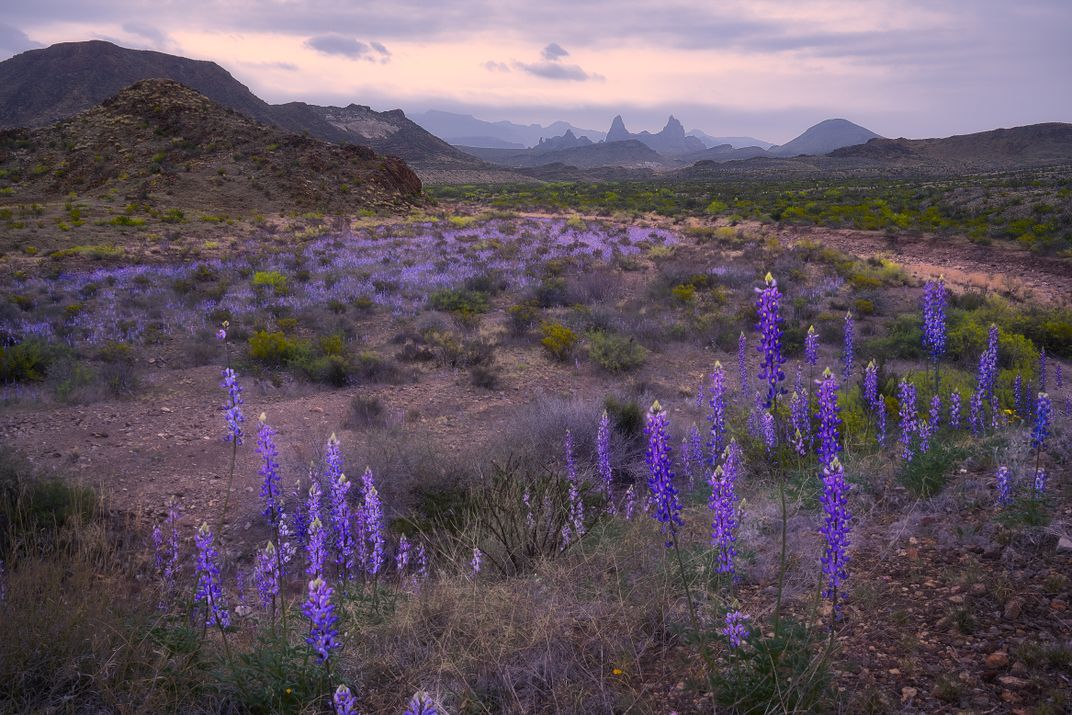 I tried to find something that would capture the grandeur of the Big Bend Bluebonnet, also called Chisos Bluebonnet blooming all over the sides of the hills and out in front of me in the valley. This was the first time I have seen the tall, dark and handsome Lupinus havardii. At 4 feet tall in some places, it is much bigger than the Lupinus texensis which we see commonly. I noticed that the rather stately Chisos Bluebonnet is also darker in color and has more purple as opposed to bluebonnets we normally get to enjoy. If there was any regret this morning, it was that the sky was overcast and the sun broke through the clouds only very briefly. On the other hand, the overcast diffused light conditions also brought out the special color of the State Flower of Texas.