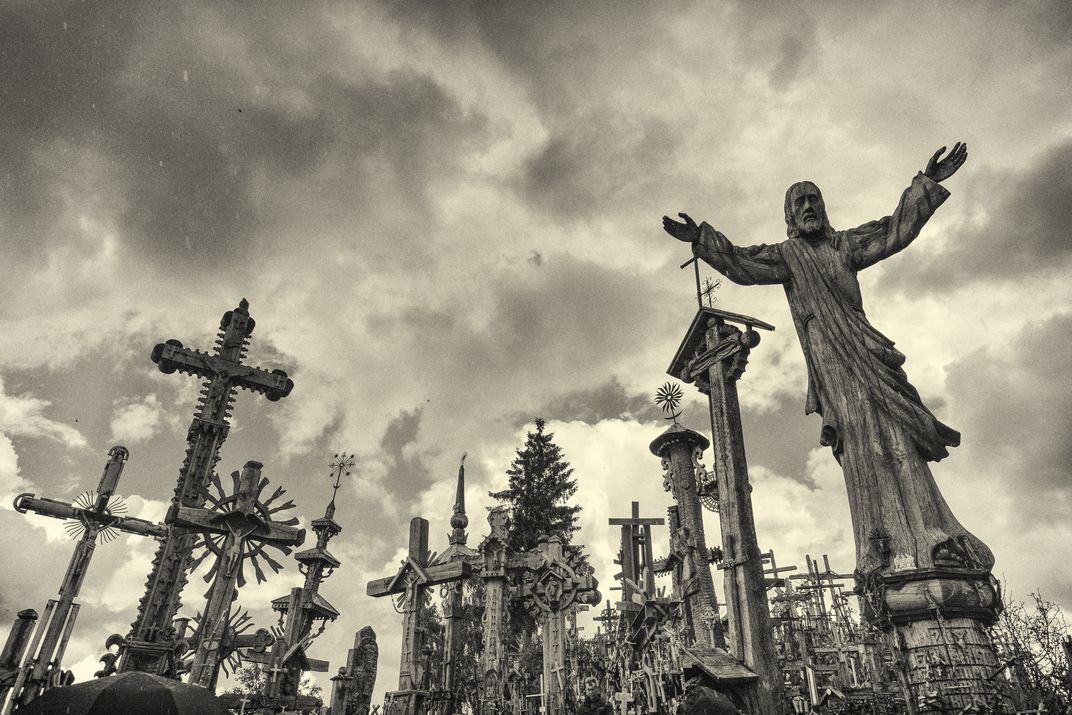 The Hill of Crosses in Northern Lithuania is a site of pilgrimage. Over many generations it has come to signify the peaceful endurance of Lithuanian Catholicism despite many threats it has faced throughout history. During the independence uprisings in 1831 and 1863 when Lithuania was part of the Russian Empire, as families could not locate bodies of perished rebels, they started placing symbolic crosses on the site. During the Soviet Union occupation of 1944-90, Lithuanians continued to travel to the hill to place crosses as tributes and to demonstrate their original identity, religion and heritage. The Soviets worked hard to remove the crosses and bulldozed the site at least 3 times. In sept 1993, Pope John Paul II visited the Hill, declaring it a place for hope, peace, love and sacrifice