Home Altered Images Progress: Church and Mosque Built Right Next to Each Other in Lebanon 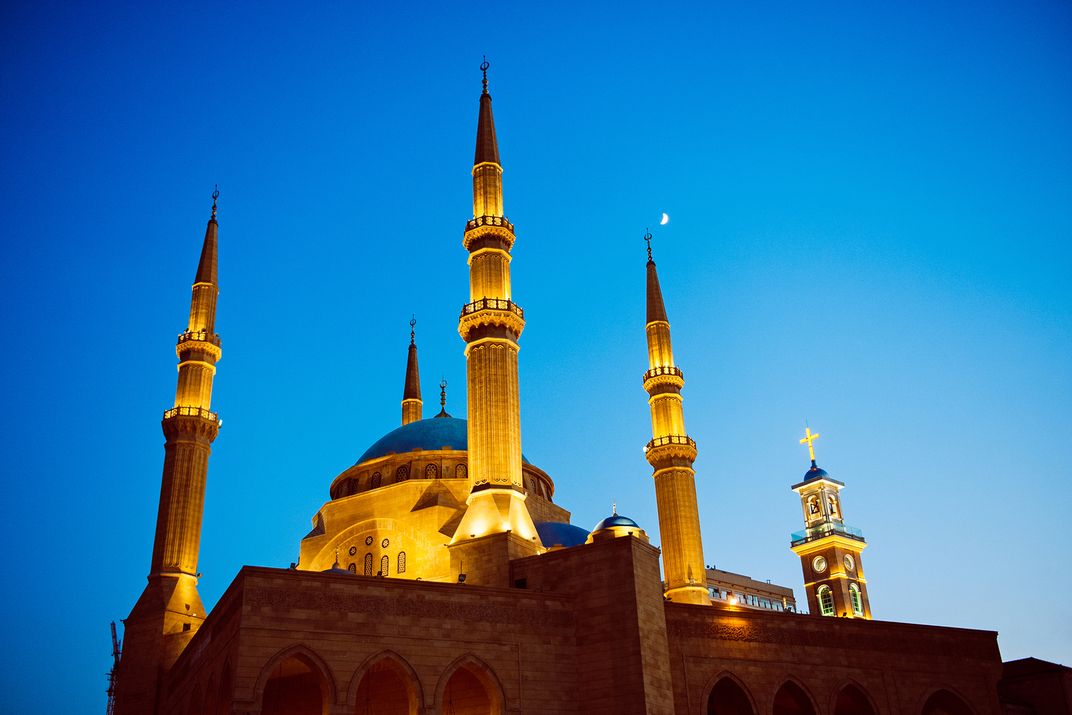 17th Annual Smithsonian Magazine Photo Contest Altered Images
Progress: Church and Mosque Built Right Next to Each Other in Lebanon

Lebanon has over 1.5 million refugees currently living there. It's pushed a bunch of people together who have different values & caused a host of new environmental problems, economic concerns & religious tensions. I wanted to see this but also the pulsing life among the old landmarks, the ways the contrasts have been newly embraced, the pride amidst the complex & war-torn history that still affects politics today, & the manner in which these stories are all part of the renovation. The mosque & church in this photo are built right next to each other in Beirut & this shows the massive progress after 15 years of civil war between Muslims & Christians.This reworked space sits on the former demarcation line during the war &, in a country where 18 religious sects now coexist, represents an ongoing commitment to diverse beliefs & is a place where people of different backgrounds can interact.