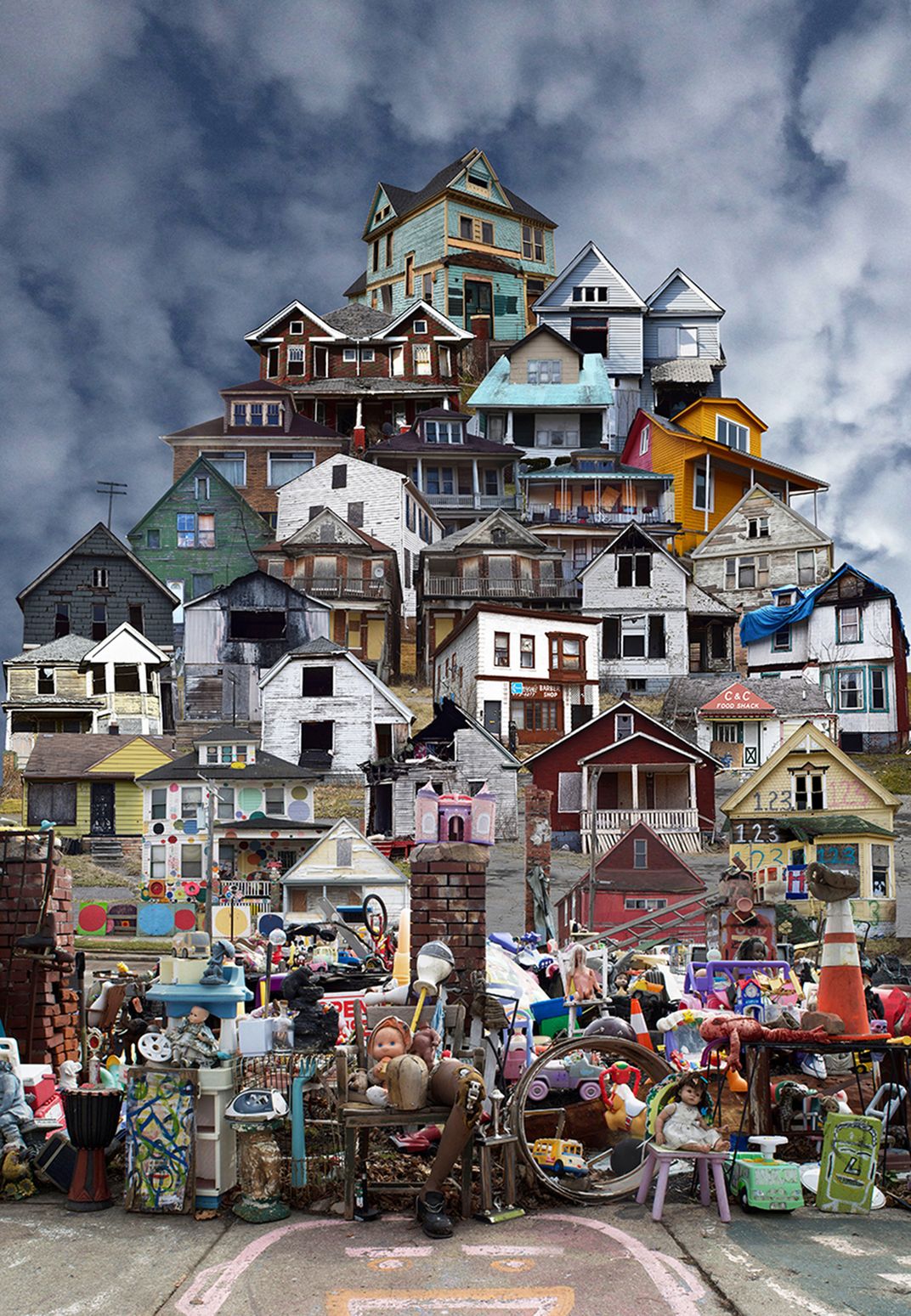 This piece was done to make a point about the blight that surrounds the city. I used a section of Tyree Guyton’s Heidelberg project in the front bottom. I also wanted the piece to be a little Heidleberg’esque in the composition. He started his project in 1986 as a political protest. He said upon returning from the army it looked as if a bomb went off that was in 1986. Sadly, very little has changed in that area, and in many areas that surround the city.