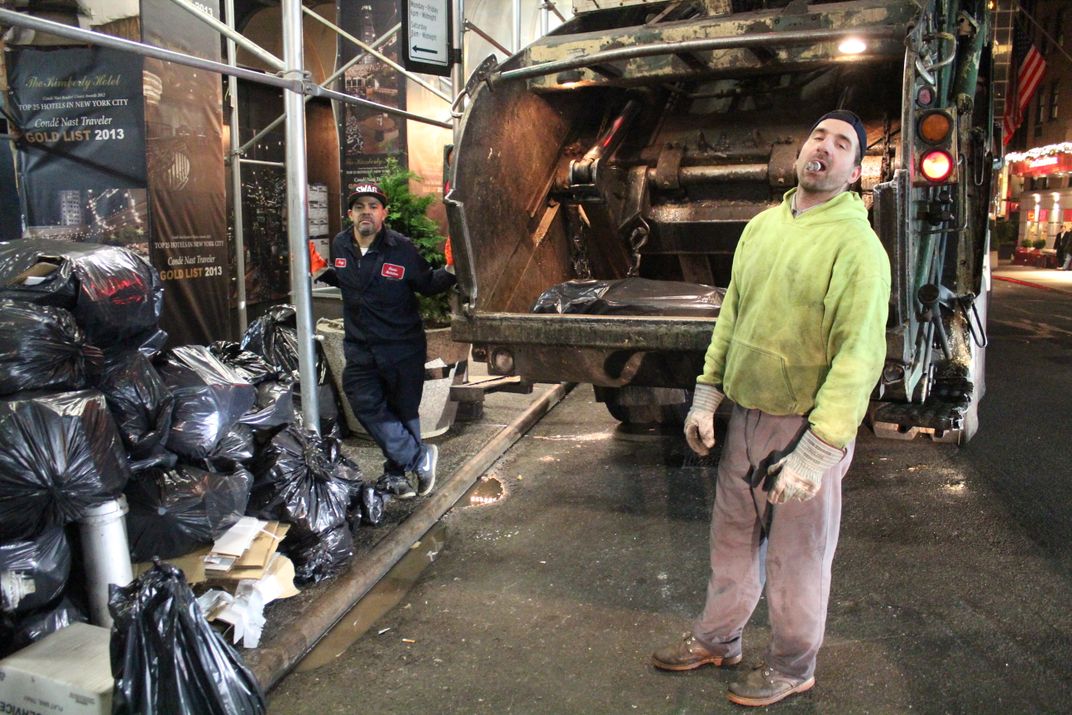 While I was walking back from an event, I couldn't help but notice a garbage man who was working in the city wearing a bright yellowish green hoddie and smoking a cigar. I approached him and asked if I could take his picture and he couldn't have been any happier! At first I thought this was incredibly ironic since I believe that smoking a cigar could be something that you do for pleasure, while collecting trash is the opposite. Even though I am still not sure what his reasons of smoking a cigar while collecting trash were, I believe it might have been to cover the strong smell of the trash.