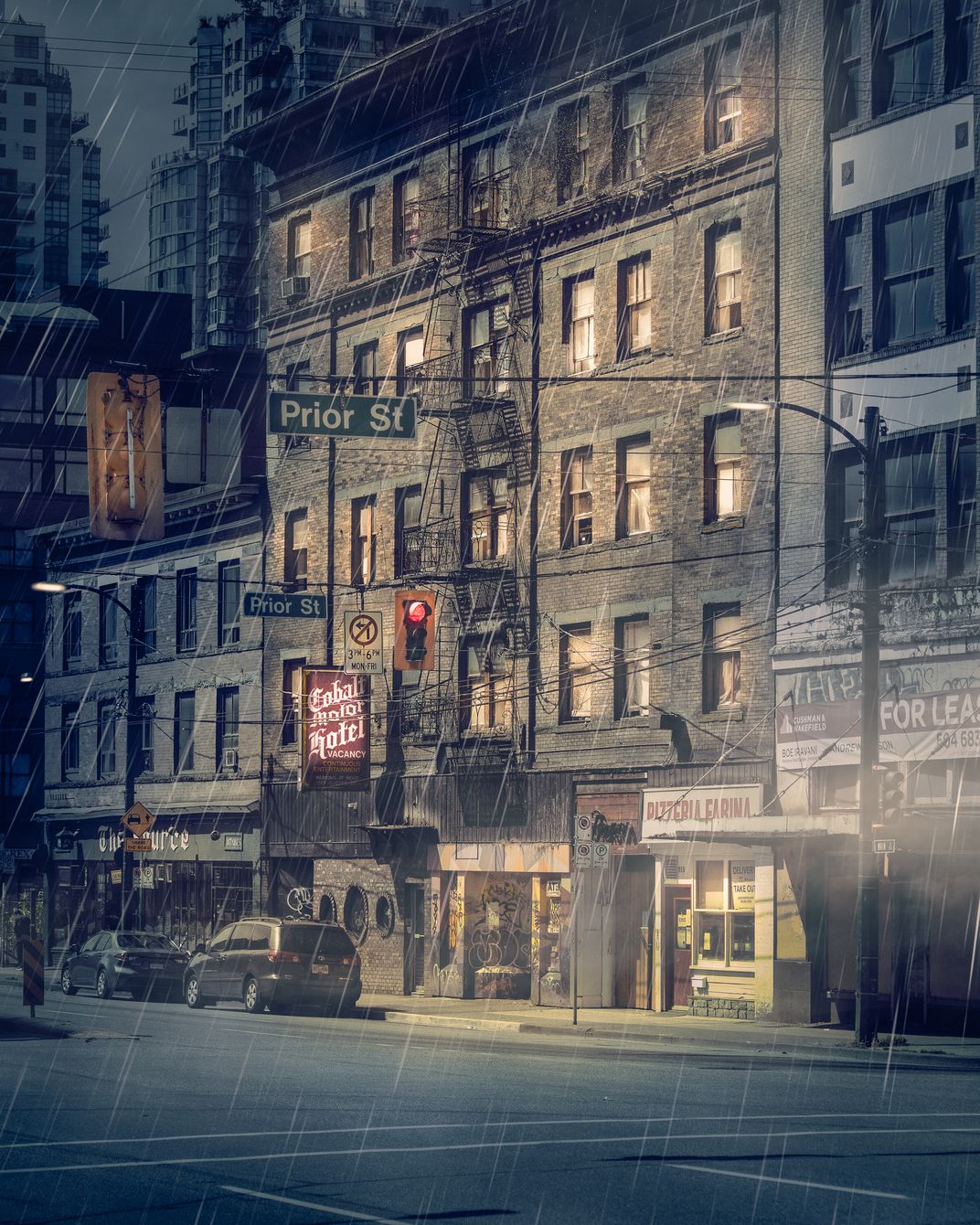 Photo of an SRO (Single Room Occupancy) hotel in Vancouver's Downtown Eastside. This area of the city has been devastated by an ongoing opioid and overdose epidemic. Many residents of this neighborhood are homeless or living in government operated housing (vacant hotels which have long been neglected and fallen into disrepair). Despite public outcry, local officials have done little to try to improve the situation in the Downtown eastside, which has been labelled as the poorest neighborhood in Canada, and ground zero in Canada's fight against the opioid crisis.