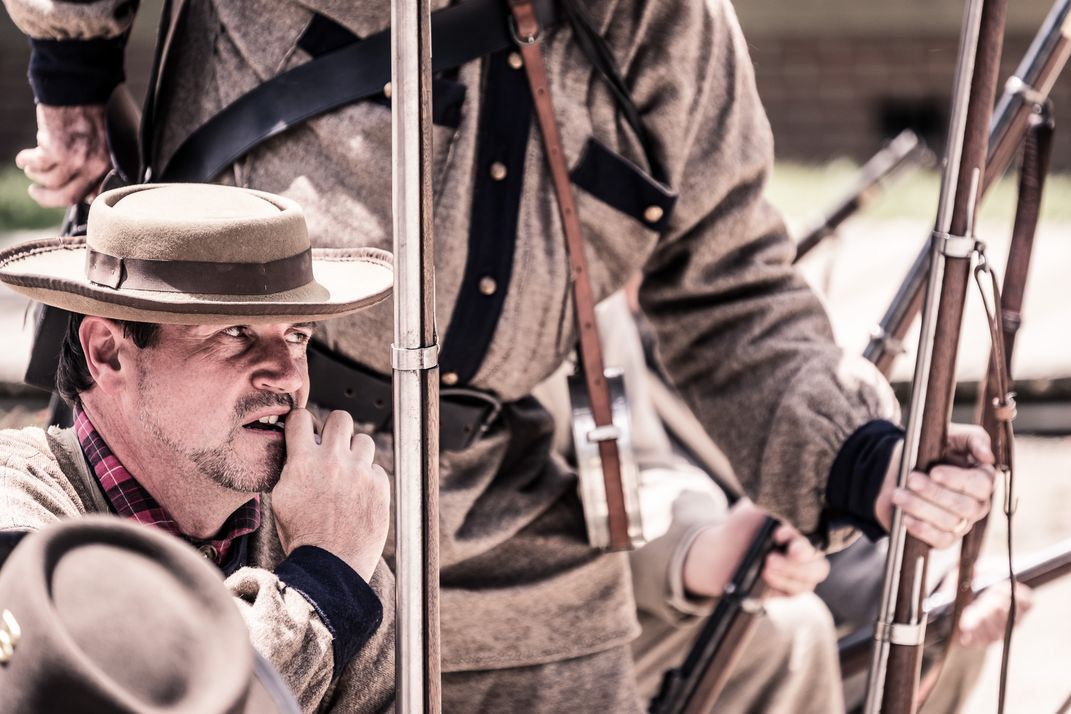 An anonymous rifleman reloads his musket during the event "A House Divided: Civil War Reenactment" that was hosted by the Ohio History Connection. Depicting 19th century life in a small town is part of Ohio Village's writ. In "A House Divided: Civil War Reenactment", the Ohio History Connection mustered opposing companies of Confederate and Union soldiers to battle it out. Accompanied by the boom of cannons, the fuselage of massed rifles, the battle was both fascinating and thrilling. The event was open to the public, and many families came to learn more about this important part of American history.