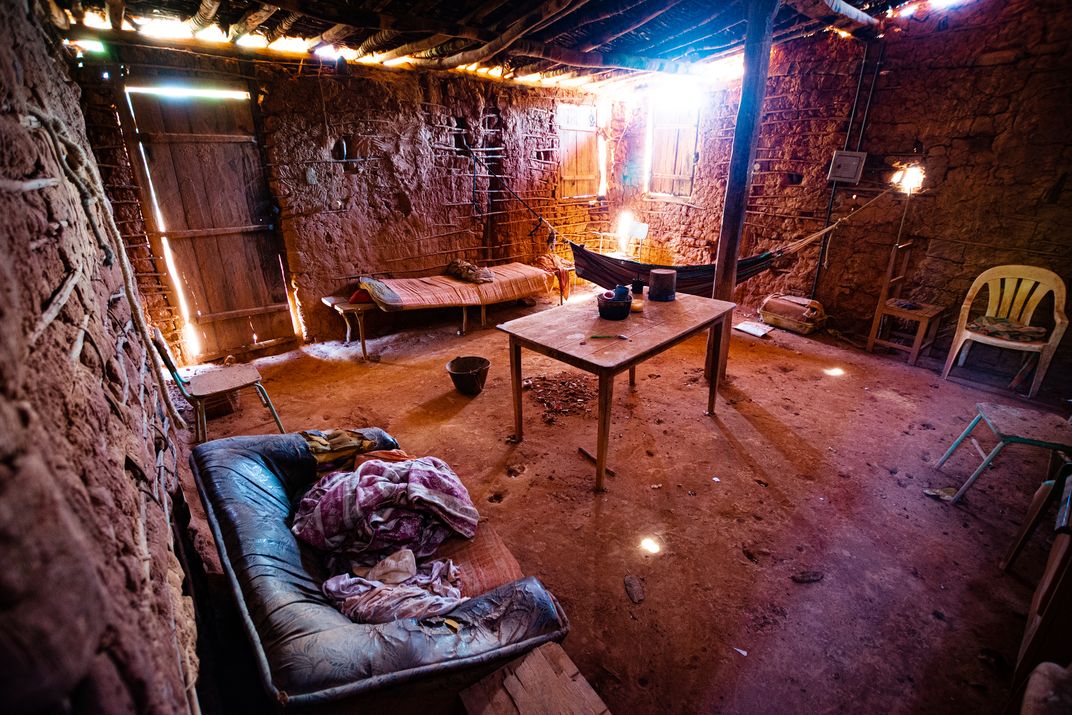 Located in the middle of the desert, separated by other houses by a good few kilometers of hot sand, this is a house made of dried clay and wood. With origins in the early days of Brazilian colonisation, this kind of construction is still very common in the country's grasslands and deserts (known as the Sertão), where people have been historically very poor and unable to afford building with stronger and sturdier materials. This one was built in 1920 and only recently abandoned by my guide's uncle. It's now forbidden to build houses like this because they may shelter mosquitos who transmit diseases, but many people still live in them in more isolated regions. Canudos was the stage of a historical rebellion of the people against the corrupt government – which, in turn, killed almost all the rebels and took the head of their leader, Mr. Antonio Conselheiro. This left yet another ugly stain in Brazil's history, one that is still remembered by the last survivors of the massacre. Canudos is a place of huge historical significance to Brazil, and its history is studied across the country in all schools – alas, the place still lives in utter poverty, which is perpetuated by the government's corruption and domination strategies.