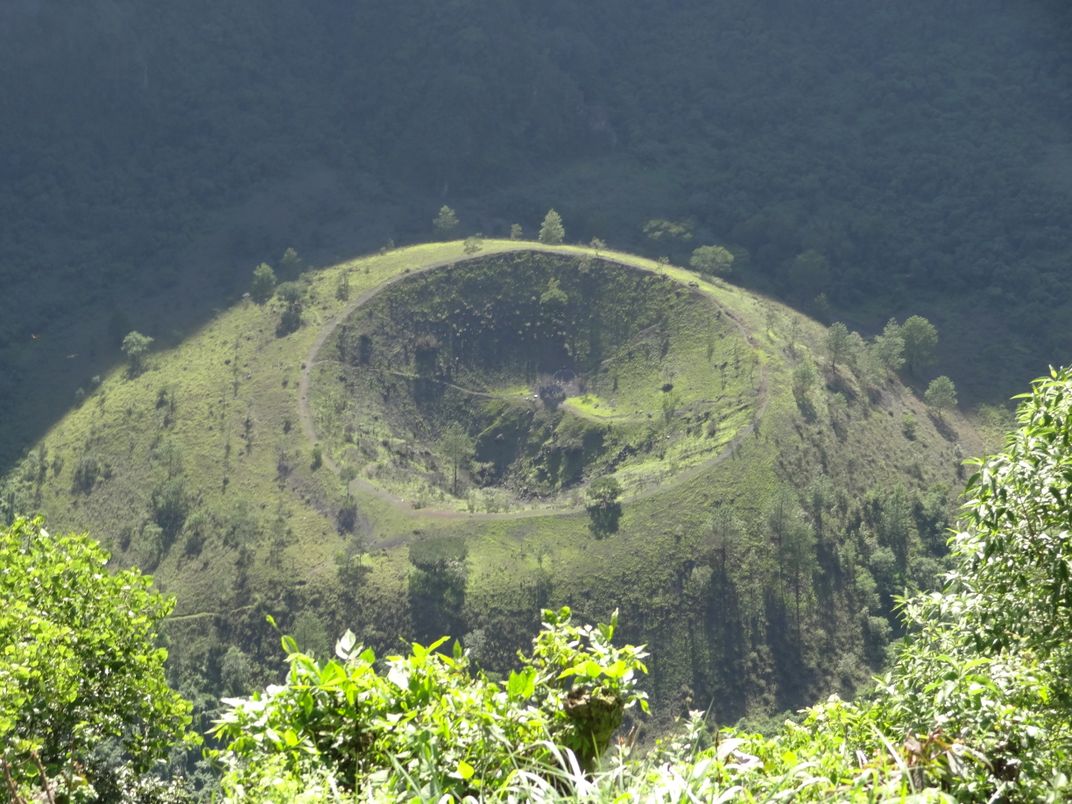 98 years ago eruption of San Salvador volcano,in Central America. The last eruption of San Salvador volcano began on 6 of June in 1917, following strong and destructive earthquakes lasting for 2 hours. The eruption consisted of a effusive fissure eruption on the NW flank followed by a moderately explosive and flame incandescent rocks on the sky, like my father said, he born in 1910, and was there living in the small town called Quezaltepeque, Department of the Libertad El Salvador all the people were desperate and they did not know what place can be safe, until the survivor were walking, to the place called Nejapa, another small town nearby to Quezaltepeque. According with my father the effusive phase produced a large Lava flow on the NW flank, left a row of cinder cones on the eruptive fissure,and lasted about a week. The little crater former 400 m wide small Boqueroncito cinder cone. The natural disaster made violent earthquakes caused significant damage in nearby including San Salvador town. You can see the large NW-SE fissure opened on the upper northern flank at the altitudes between 1350 and 1400 m and later propagated downslope. The voluminous lava flow started to emerge from there, ejecting a huge current of lava together with dense clouds of gas and fumes. the little crater on the picture is one of them called crater-lets ( boqueroncitos). according with my father he told me that his ancestors were telling the story that the volcano has eruption every 100 years, and in now we have 98 years since that eruption time, some still worry what the mother natural wanted.