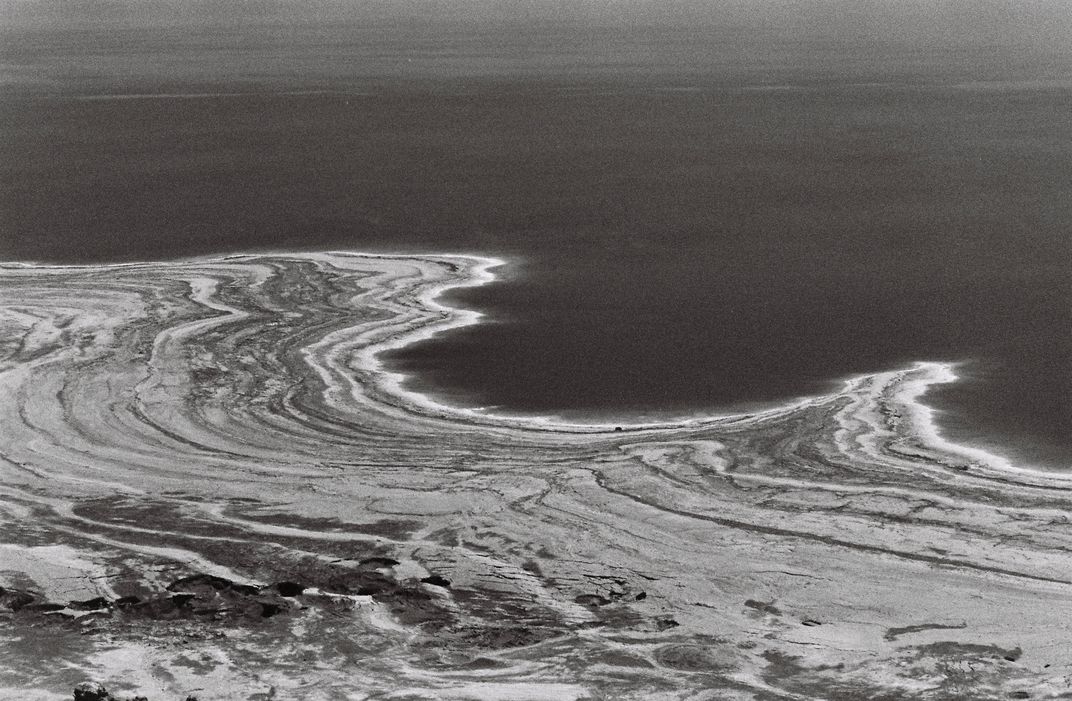 A landscape scene of the meeting of the Dead Sea and Israel’s Ein Gedi coastline. Sinkholes (seen in the left foreground of the image) are becoming an increasing phenomenon in the area and threaten the stability of the ground. The Dead Sea – set between Israel, the Palestinian territories and Jordan – is famous for its extreme salinity and low altitude. Due to its rapidly receding salt water levels, land surrounding the Dead Sea wells up with fresh groundwater, dissolving salt layers in the earth and causing the formation of sinkholes.