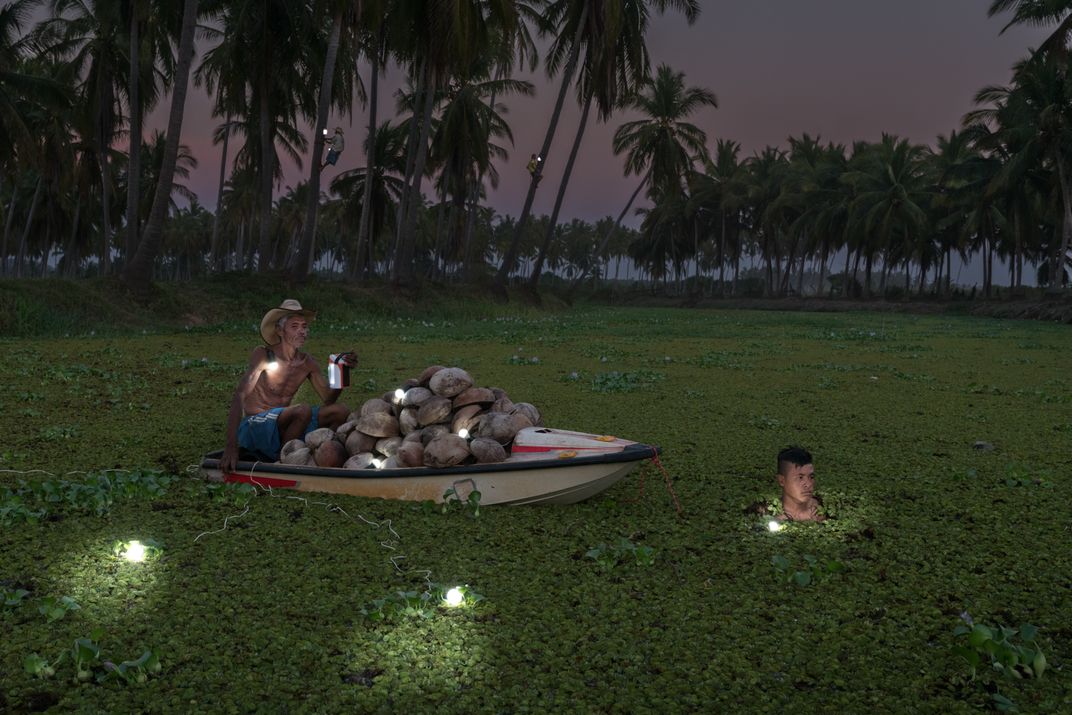 Cristobal Cespedes Lorenzo (51) sits on his raft while carrying coconuts across the river to his home in Copala, Mexico. Cristobal and Francisco Manzanares Cagua (16) both work picking coconuts, which they then sell to a company that makes coconut butter and oil.
This is part of the long term project ‘Solar Portraits’ which addresses the important issue of lack of access of electricity around the world. It is a series of portraits depicting the lives of inhabitants of remote areas worldwide who, for the first time, have access to electricity through the power of solar energy.