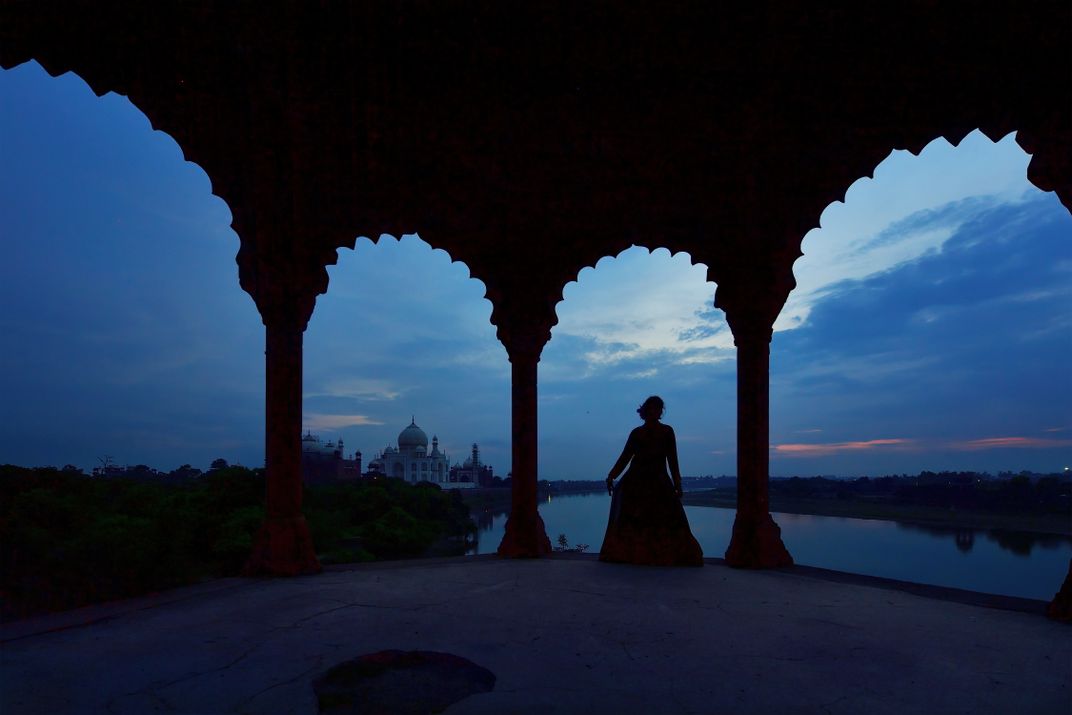 The Taj Mahal was built in 1648 by Shah Jehan as a memorial to his wife. Mughal Emperor Shah Jahan, lost his wife Mumtaz on June 17, 1631. He was inconsolable and envisaged a memorial that would befit his love. In view of Compassion and sad memory, this photo was taken in the Blue Hours from a distannce of an architecture of Mughal Emperor for framing related to this period and along side The river Jamuna is flowing touching Taj mohal, slowly light is on in distance parts of town and gradually night falls alongwith in foreground the portrait was showing by the dance form of body posture sad, tired and compassion to this sad momory which created a gloomy and sad atmosphere.