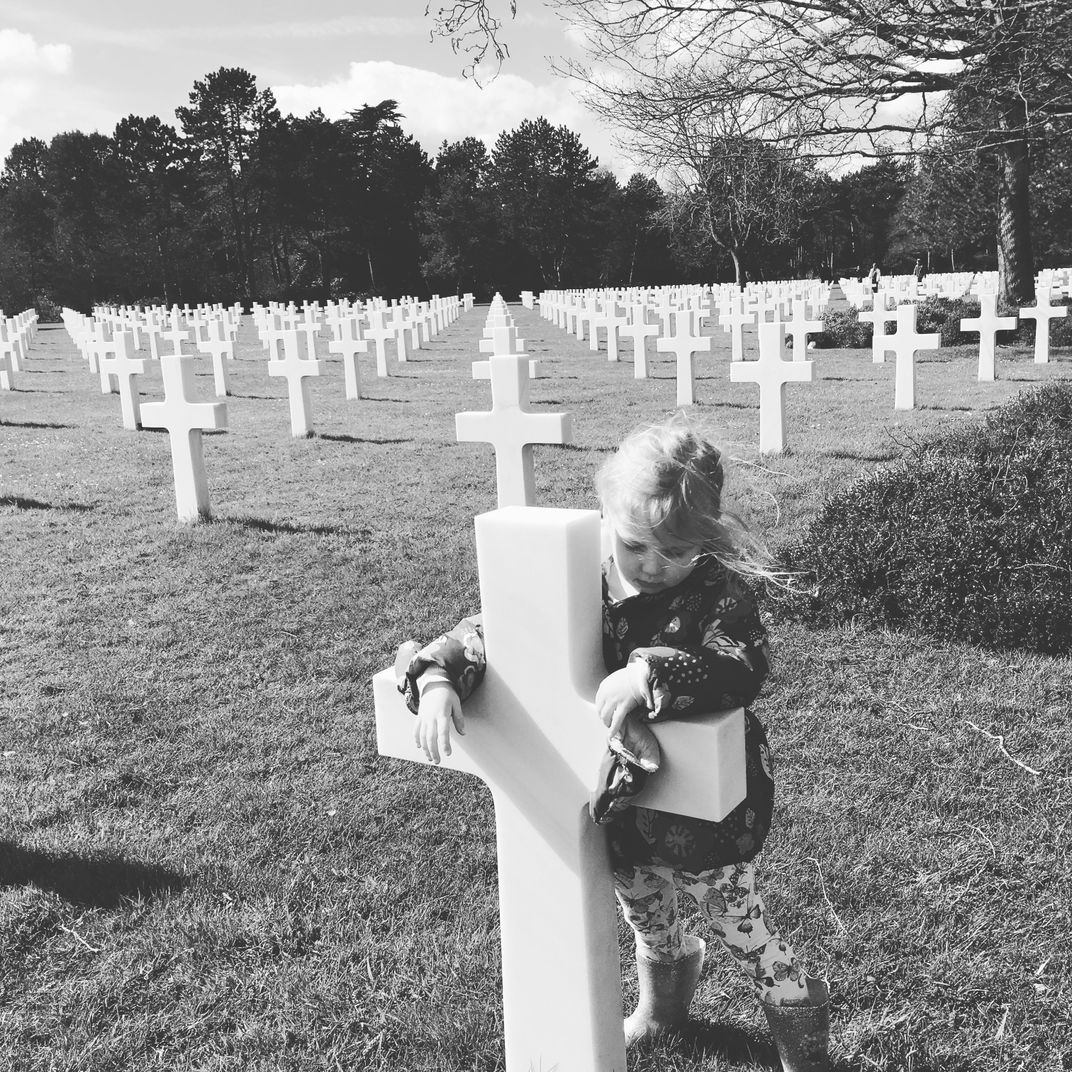 As American expats living in England, we had the opportunity over Easter to visit WWII sites such as Pointe du Hoc, Omaha Beach and others. Our next stop was the American cemetery. We tried explaining as best we could to our 5 and 3 year old about what had happened and the sacrifice that was made. When walking through the gravestones I looked over and noticed she has hugging the crosses. At first I was frantic that she was touching them but then I realized she was going down the row hugging each one (as if it was the solider) and patting the cross on the back while saying "good job, good job" I froze and just watched the grace and compassion of a three year old at work.