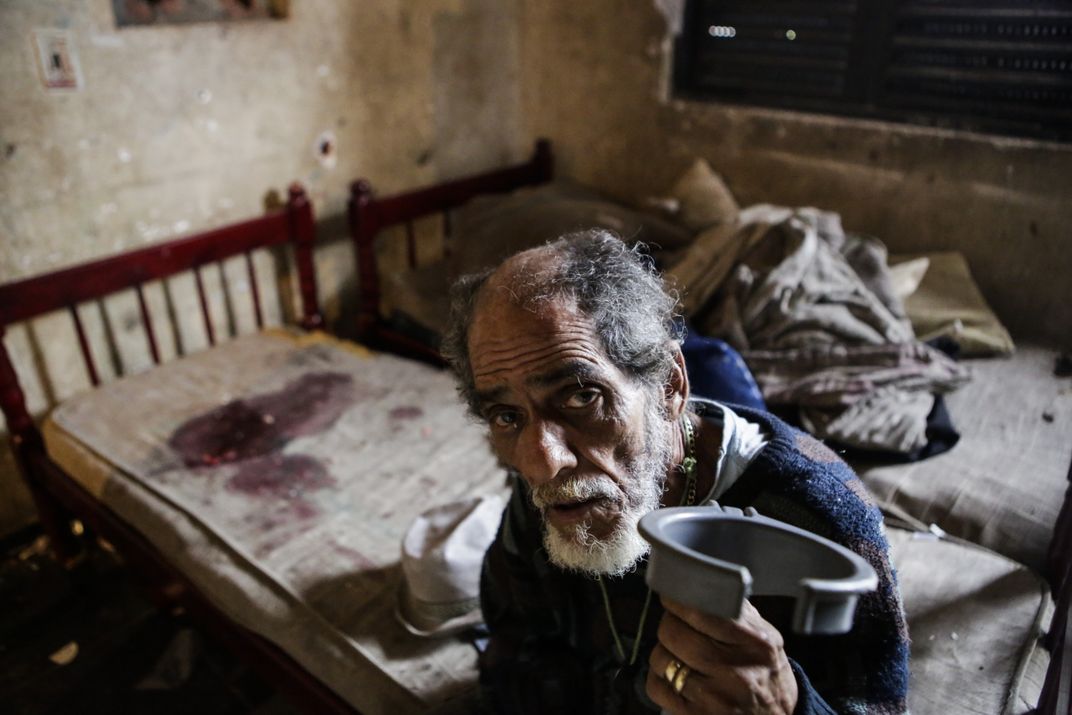 During a Thursday in May 2017, the Special Police Operations Battalion (Bope), carried out an operation against drug trafficking in a favela in Rio de Janeiro, known as Cidade de Deus, police received the information indicating a A drug dealer who lived in a house on the site, they went in and shot the head of the young man of 17 years, Douglas dos Santos, who was sleeping with his father and brother in bed, in the photo I did the portrait of his father, Edmar 65-year-old barber and behind him the bloodstained shot that Douglas received in his sleep. According to locals, Douglas was just a young man selling candy at the traffic light. Douglas died after a few weeks in a coma.