Home People Contemplating the fate of the former Kranostroene Factory in Aytos, Bulgaria 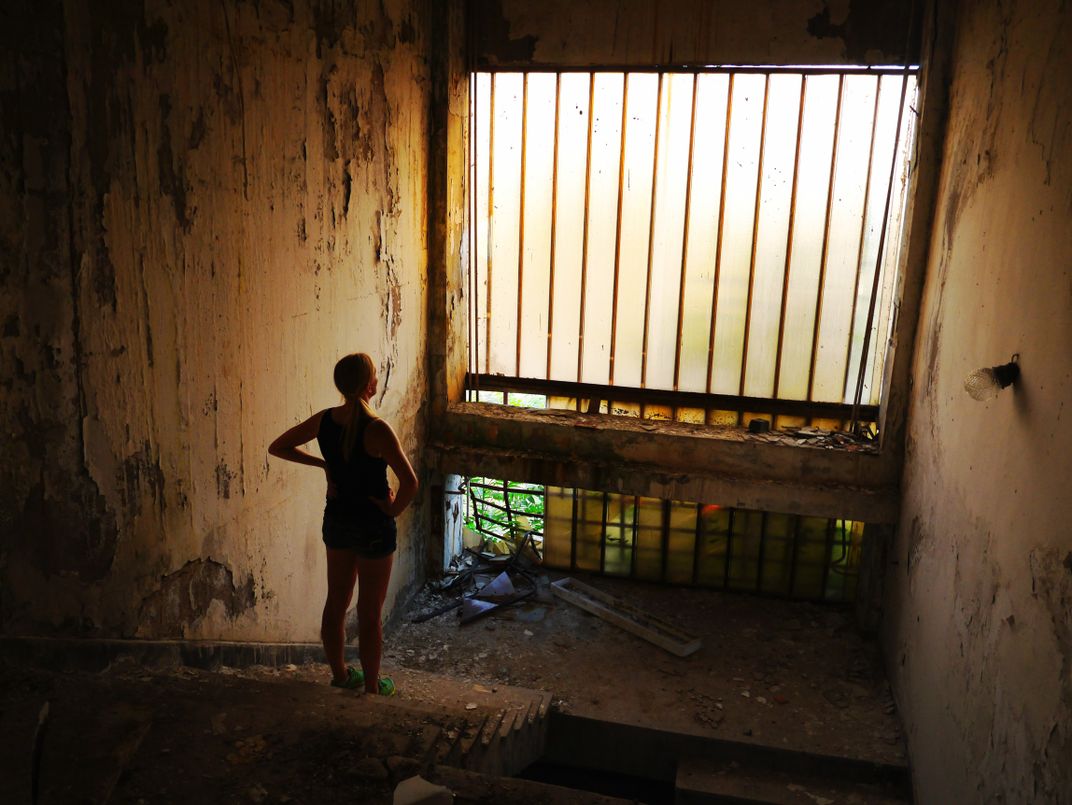 This shot of my wife is taken at the former Kranostroene (crane-building) factory in Aytos, Bulgaria. The buildings are now in ruins and are easy to get in to. As we were exploring what was left, we came to this stairwell, right next to the large "window" which was letting in just the right amount of soft, diffused light. I captured this image spontaneously, as my wife was standing on the stairs, half-illuminated by the light coming from the window.