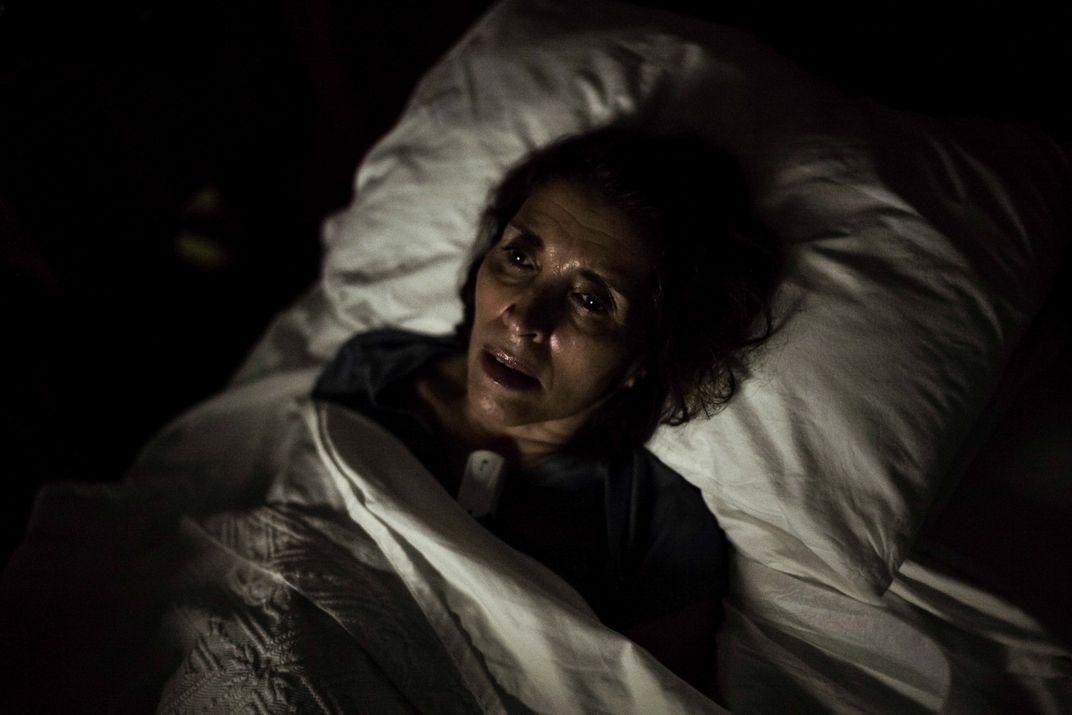 Maria Corina Garcia, 54, thinks about her uncertain future, she has suffered multiple sclerosis from more than 20 years. The course of her disease during this time has left her completely immobile from the neck down and for years she has struggling unsuccessfully to find a cure to her illness. Year by year the consequences of the disease were aggravated wreaking havoc on her mind and body. June 12, 2017. Mexico City, Mexico. Multiple Sclerosis is an unpredictable, often disabling disease of the central nervous system that disrupts the flow of information within the brain, and between the brain and body that is thought to affect more than 2.3 million people worldwide. MS cause is still unknown - scientists believe the disease is triggered by an as-yet-unidentified environmental factor in a person who is genetically predisposed to respond and while the disease is not contagious or directly inherited, factors like gender, genetics, age, geography and ethnic background have been identified in its distribution around the world. The progress, severity and specific symptoms of MS in any one person cannot yet be predicted. Most people with MS are diagnosed between the ages of 20 and 50, with at least two to three times more women than men being diagnosed with the disease, suggesting that hormones also play a significant role in determining susceptibility to MS.