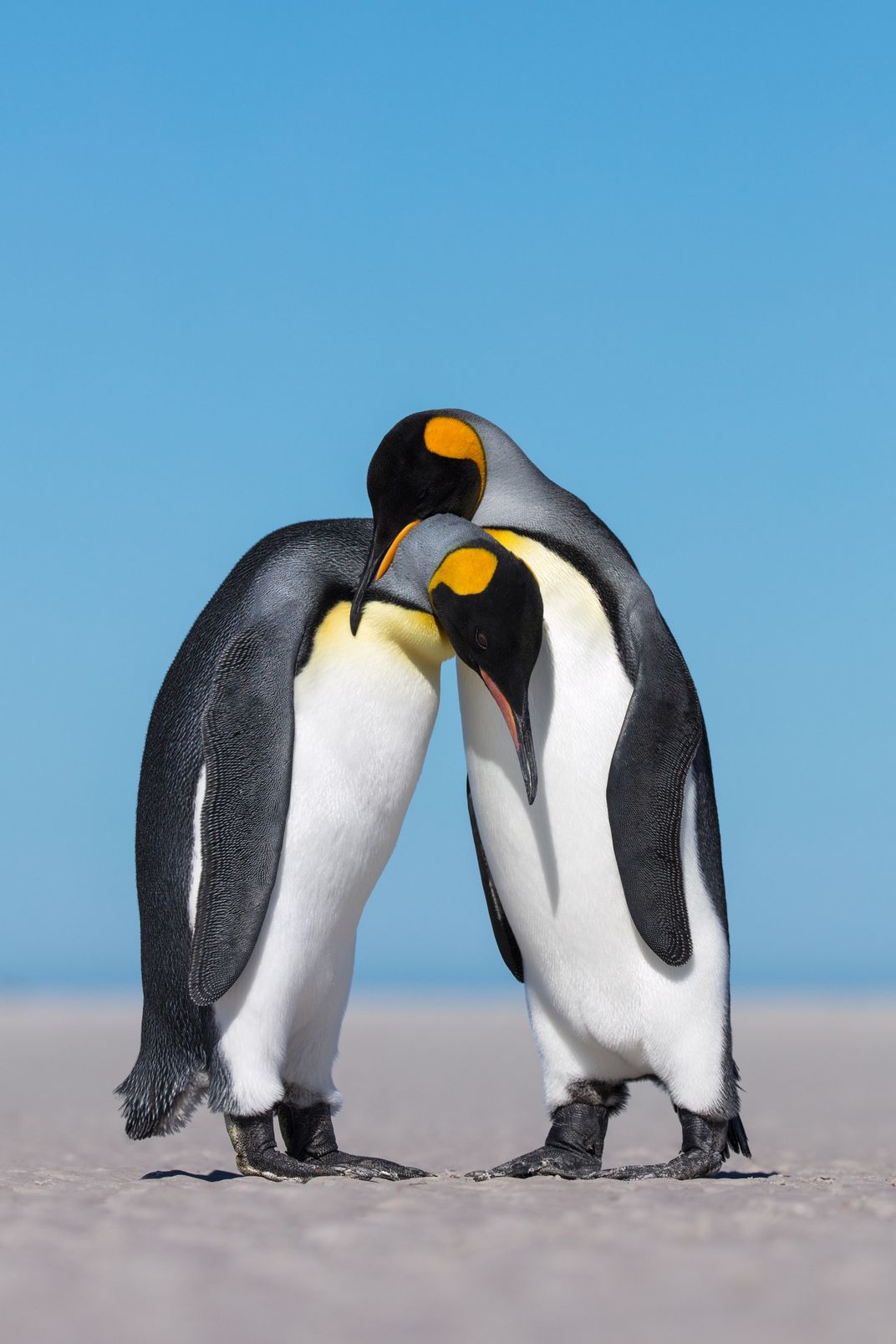 Animal: King Penguins Location: Falkland Islands, (Islas Malvinas) Admire the backdrop of an untouched white sand beach and vibrant blue sky as you get a rare glimpse into the loving side of the second largest penguin in the world, the King Penguin. Looking out into the world at over three feet tall these large King Penguins are built to withstand the harshest temperatures known to man. Often facing brutally cold Antarctic temperatures, King Penguins thrive in these environments by having some of the most densely packed and overlapping feathers that are nearly impenetrable to both wind and water. In an area never camped before, a white sand beach spanned for hundreds of yards and the only sounds heard were crashing waves in combination with penguin vocalizations. Nothing beats pitching a tent alongside a small King Penguin colony and hearing the little chirps of penguin chicks as you fall asleep. As I camped out in this off- the- map location, my only two goals were to photograph the chicks as well as the love each King Penguin had for its partner. While I was photographing King Penguin chicks, I noticed two Kings walking out onto an untouched beach. As I walked out on the beach, it appeared like these two penguins were going to have a little squabble. Preparing to take photos of a fight I noticed this interaction was something much more. As these Kings waddled over to each other slowly, you could tell they were in love. Soon, as they were belly to belly, they began an elaborate courtship display. Towards the end of the display one King Penguin waddled a little closer to the other and gently rested its beak on top of the others neck. This moment shows why Mother Nature is truly the greatest artist of us all.